Dentists may soon be getting a potent new weapons with which to wage the global fight against cavities. The University... 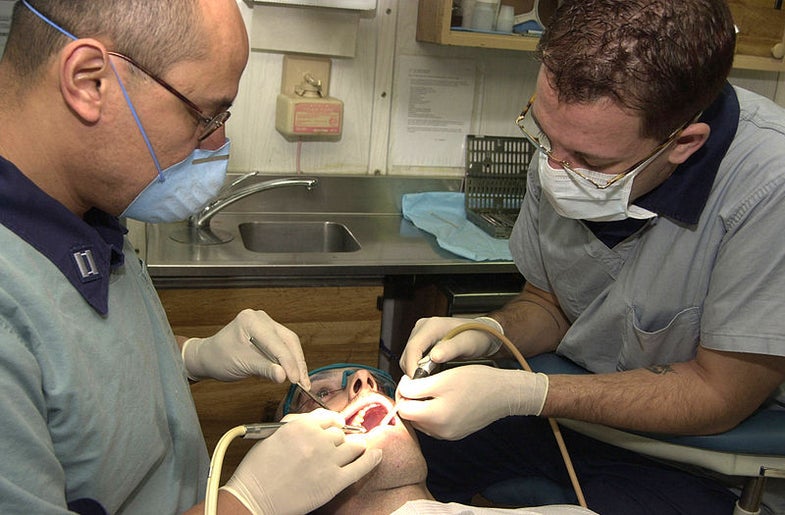 Dentists may soon be getting a potent new weapons with which to wage the global fight against cavities. The University of Maryland has developed a novel new nanocomposite material that can be used not only as filling for cavities, but that will also kill any remaining bacteria in the tooth and regenerate the actual structure lost to decay.

But as IEEE Spectrum notes, the silver nanoparticles could prove to be problematic, and this is probably why this treatment is offered as a cavity filling rather than a toothpaste or mouthwash. Silver nanoparticles aren’t totally understood, and there have been some concerns voiced about the potential risks and perils associated with ingesting the stuff. The nanocomposite is currently undergoing both human and animal testing right now, hopefully with an eye toward clarifying and alleviating any health concerns. If the composite can pass muster, dentists everywhere can get down to the business of rolling back the clock on cavities.