Video: Gigantic Solar Flare Will Wash Over the Earth This Morning

We love a good solar storm, and a pair of flares that erupted late Tuesday are just the latest in... 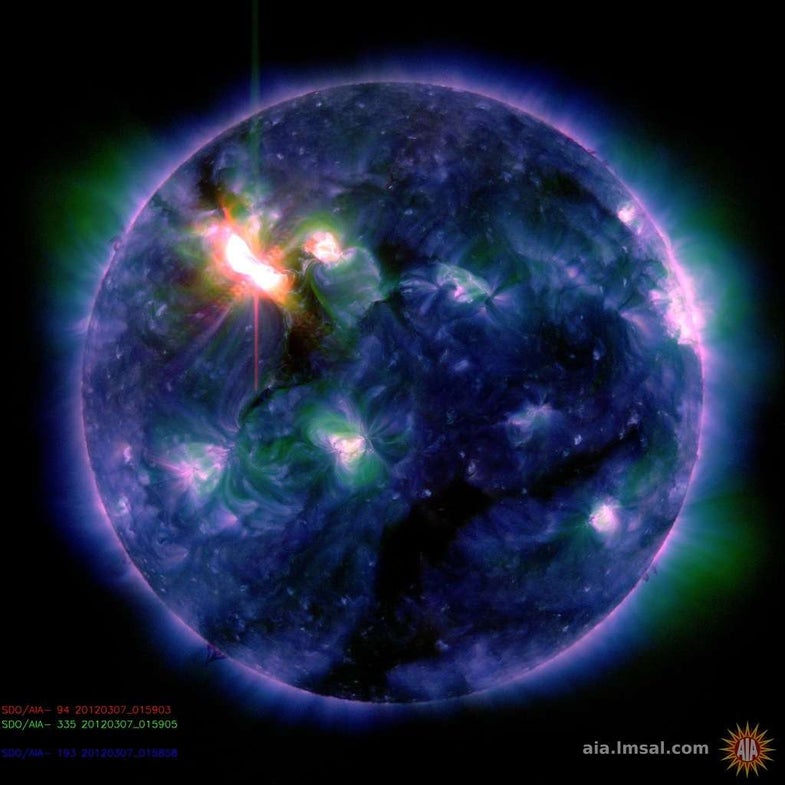 We love a good solar storm, and a pair of flares that erupted late Tuesday are just the latest in a string of activity from our awakening sun. The second-biggest flare yet burst forth Tuesday and spewed a coronal mass ejection toward our planet, the leading edge of which arrived this morning.

The first flare was a powerful X5.4, making it the second largest flare of this cycle, after an X6.9 on August 9, 2011. Two hours later the sun blew out an X1.3 flare. Both flares expelled large coronal mass ejections, which are traveling 1,300 and 1,100 miles per second, respectively. Both of these new CMEs will hit us and Mars, as well as some spacecraft.

These solar eruptions are emanating from a pretty active stellar region that just rotated into Earth view, according to NASA. The sun is growing more active as it approaches solar maximum sometime in 2013.

Here are some videos of the new flares. Take note of the solar tsunami — the entire surface of the sun ripples with the force of the eruption.