An aviation history society plans to launch a new search for Amelia Earhart’s lost airplane, and it’s apparently piqued the... 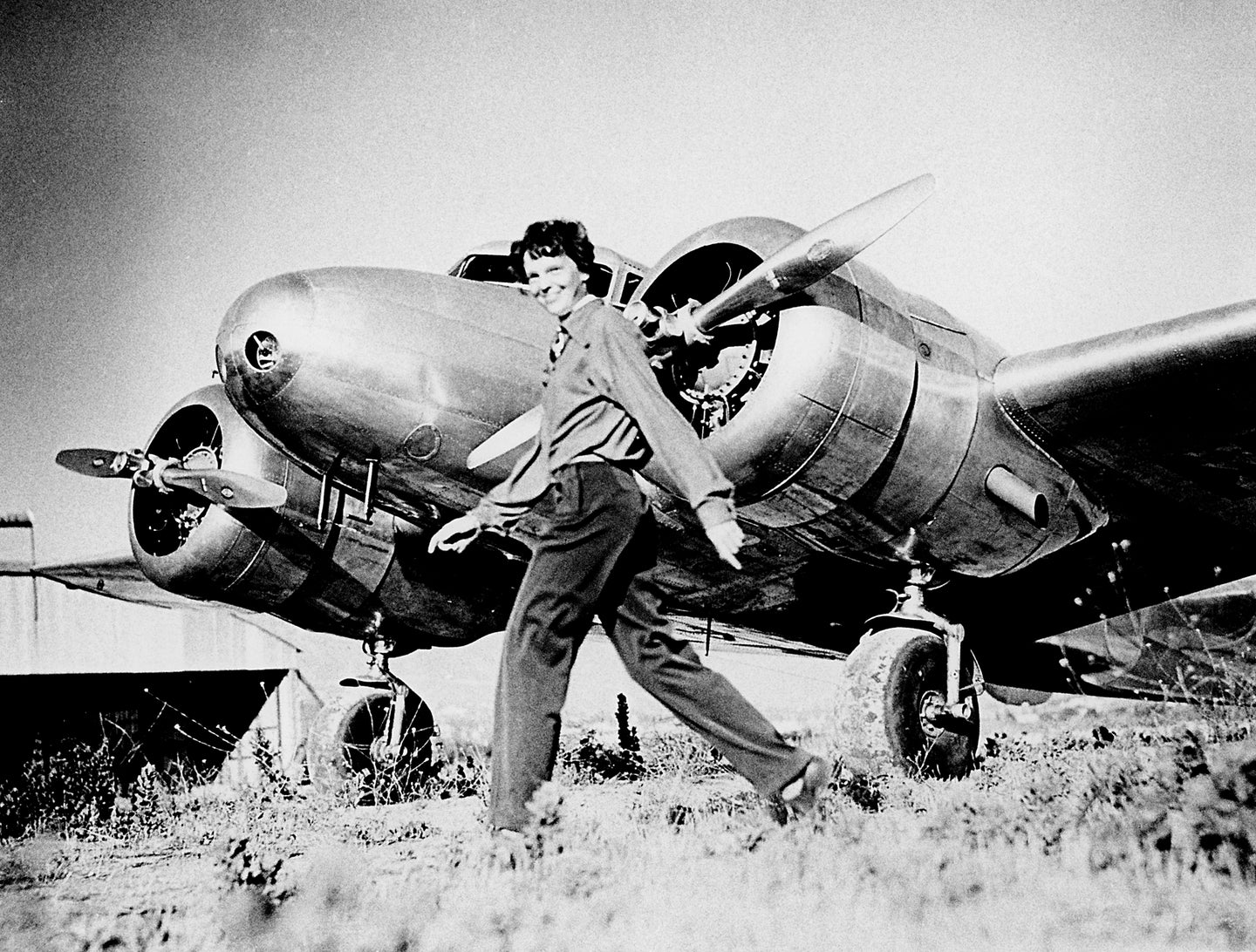 Amelia Earhart, who served as a consultant in the Department of the Study of Careers for Women at Purdue from 1935 to 1937, strides past her Lockheed Electra. Sally Putnam Chapman has donated 492 Earhart items Ñ including rarely seen personal and private papers such as poems, a flight log and a prenuptial agreement Ñ to Purdue Libraries' Earhart collection. (File photo) A publication-quality photograph is available at ftp://ftp.purdue.edu/pub/uns/earhart.newdocs/earhart.electra.jpeg.
SHARE

An aviation history society plans to launch a new search for Amelia Earhart’s lost airplane, and it’s apparently piqued the interest of Secretary of State Hillary Clinton. She was set to meet today with historians and scientists from The International Group for Historic Aircraft Recovery, which is starting a new search in June, according to the AP.

Earhart and her navigator Fred Noonan disappeared July 2, 1937, while attempting to fly a custom-built Lockheed Electra plane around the world. The plane disappeared en route from New Guinea to Howland Island, and no wreckage was ever found. The aircraft group believes the pair landed on the remote island of Nikumaroro, in what is now the Pacific nation of Kiribati, and survived for a while; apparently previous expeditions turned up artifacts that could have belonged to them. Other historians believe the plane plunged into the sea. Still others have held Earhart and Noonan were spies and were captured … and there are plenty of other wild conspiracy theories.

Apparently, a new analysis of a modern photo of Nikumaroro shows some suspicious-looking material, which some believe could be a strut and wheel of the plane sticking out of the water. This is according to an unnamed senior U.S. official, who also said the Obama administration would not take a position on the matter.

Clinton is attending the event to lend her high profile to the search, the AP reported. The State Department supported Earhart’s cause at the time, helping her get flight clearances in the countries where she laid over, the AP said. The search will kick off in June to commemorate the 75th anniversary of Earhart’s ill-fated flight.