During Two-Year Personal Study, Doctor Watches Himself Get Diabetes In Close Detail

A milestone in personalized medicine 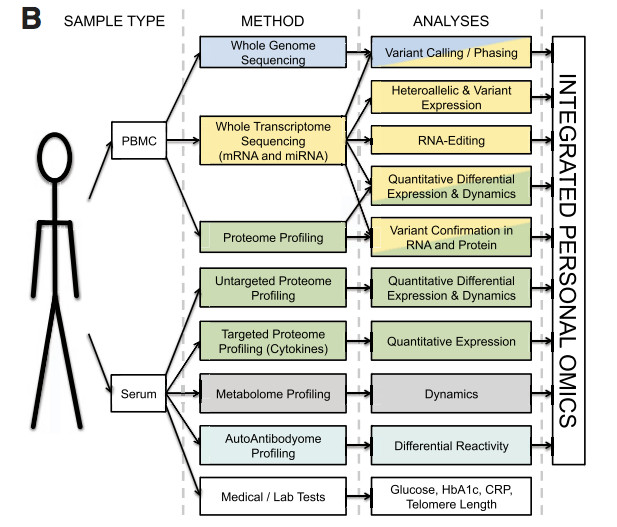 For more than two years, Stanford University geneticist Michael Snyder donated his living body to science. He and fellow researchers examined his DNA, RNA, proteins and metabolites, creating an incredibly detailed profile of his personal “omics.” They watched in real time and at the molecular level as viruses attacked his cells, and they figured out, to their shock, that he was prone to developing type 2 diabetes. And then they watched him develop it.

It’s the first study to follow the molecular processes of sickness and health in one individual, and as such it’s a major breakthrough for personalized medicine. It’s also the first real-time view of the birth of a disease that afflicts millions of people, according to Stanford University Medical Center.

Since the earliest days of human genome sequencing, personalized medicine has promised to predict a person’s propensity for disease, helping individuals and their doctors better monitor their health. But this is the first time anyone has done it to such a comprehensive degree. The study goes far beyond the “ome” we know best, the genome, to include nearly every trackable large-scale structure in the body. Stanford researchers studied Snyder’s DNA (genome), RNA (transcriptome), metabolites (metabolome), and proteins (the proteome), as well as antibodies in his cells. They called it an integrative Personal “Omics” Profile, or iPOP. The goal was to study his disease risks and the various physiological states associated with being healthy and being ill.

Snyder, who led the study, donated blood samples every two months when he was healthy, upping the samples when he fell ill, for a total of 20 blood draws. The team performed scores of tests and came up with thousands of data points, which required the use of complex algorithms and other processing techniques.

To start, team sequenced Snyder’s genome and found that he has a genetic predisposition to type 2 diabetes, despite having no family history nor any significant risk factors (he’s thin, doesn’t smoke, etc). They sequenced his mother’s genome, too. When Snyder came down with a nasty viral infection, the researchers watched his blood sugar levels rise, and he immediately changed his diet and exercise regimen. Ultimately, he was able to lower his glucose levels, the researchers say. It’s a compelling example of how genetic information can be used to improve a person’s health.

Along the way, the researchers also uncovered changes in RNA transcription and gene expression between healthy and diseased states, watching the body’s changes in response to various phenomena.

“Detailed omics proﬁling coupled with genome sequencing can provide molecular and physiological information of medical significance,” the researchers write. “This approach can be generalized for personalized health monitoring and medicine.”

The study appears in the journal Cell.