For the First Time, Human-Made Probe Samples Atoms From Beyond the Solar System

A small Earth-orbiting probe has sampled the interstellar wind for the first time, detecting four types of atoms that originated... 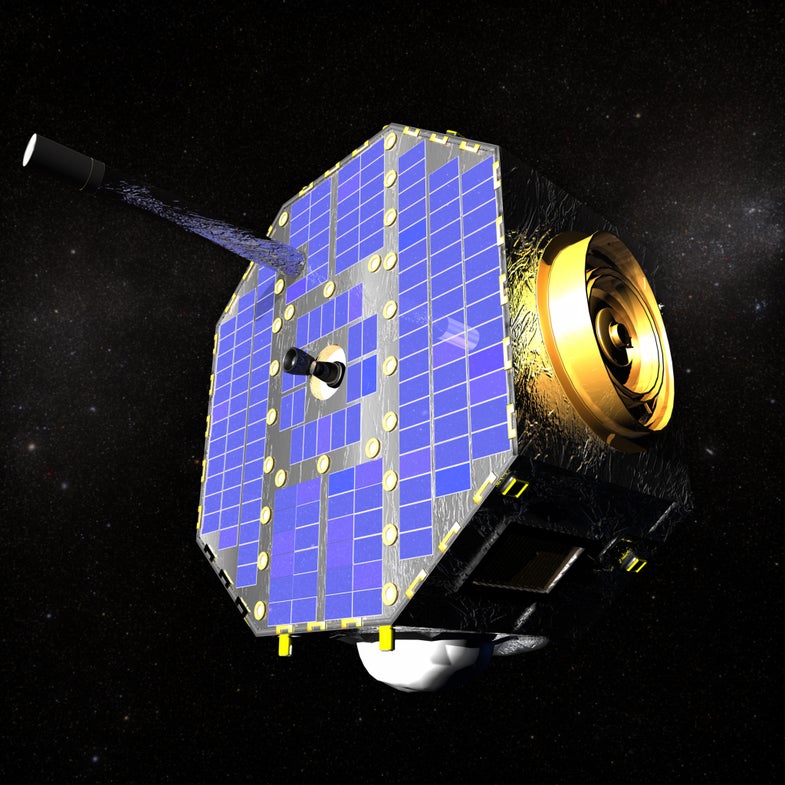 A small Earth-orbiting probe has sampled the interstellar wind for the first time, detecting four types of atoms that originated in distant stars and traveled across the universe. The new measurements from the Interstellar Boundary Explorer give astronomers a glimpse of the cosmos outside our sun’s sphere of influence, and provide some clues about how and where our solar system formed.

IBEX orbits around Earth, but has been mapping the edge of the heliosphere, the farthest reaches of the solar system. Particles streaming from the sun create this protective bubble, which protects the planets from incoming cosmic rays. The boundary between the heliosphere bubble and the interstellar wind is a strange place, and it’s of great interest to astronomers. The Voyager probes are hanging out there right now and making their own measurements of this odd, bubbly boundary.

Despite the heliosphere’s shielding influence, some cosmic particles do make it into the solar system, however. The particles are the remains of exploded stars sent streaming through space. The charged particles but up against the solar wind, but some uncharged particles make it through. These are the particles IBEX has been searching for since its launch in 2008. Now it has found some, against enormous odds. IBEX sampled neutral hydrogen, oxygen and neon.

“I like to call it the 15-billion-mile hole-in-one,” said David McComas, the IBEX principal investigator, during a NASA news conference Tuesday.

In a series of science papers appearing in the Astrophysical Journal, scientists report finding 74 oxygen atoms for every 20 neon atoms in the interstellar wind. In our own solar system, there are 111 oxygen atoms for every 20 neon atoms. This means our solar system has more oxygen than the cosmos surrounding us — and it’s not clear why. Our home may have originated in a more oxygen-rich environment, which we departed as the solar system wings through the Milky Way. Or it could mean that interstellar oxygen is trapped in ice and can’t move freely through space. 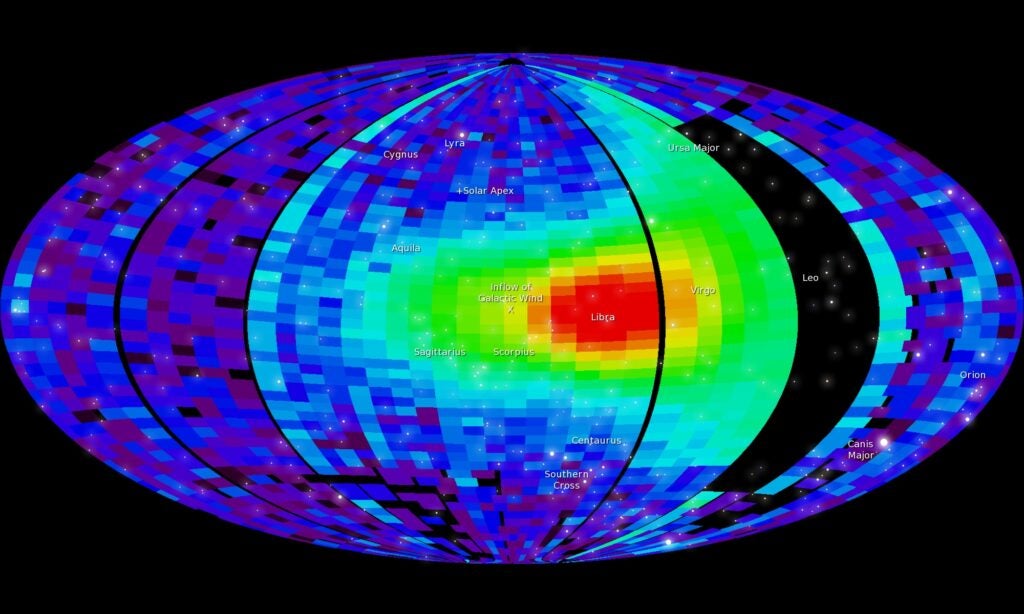 Full sky neutral atom map as obtained with IBEX at energies where the interstellar wind is the brightest feature in the maps. In Earth’s orbit, where IBEX makes its observations, the maximum flow (in red) is seen to arrive from Libra instead of Scorpio because gravity forces the interstellar wind to curve around the sun.