A new material based on blue cheese fungus can attack and eat bacteria that comes in contact with it, protecting... 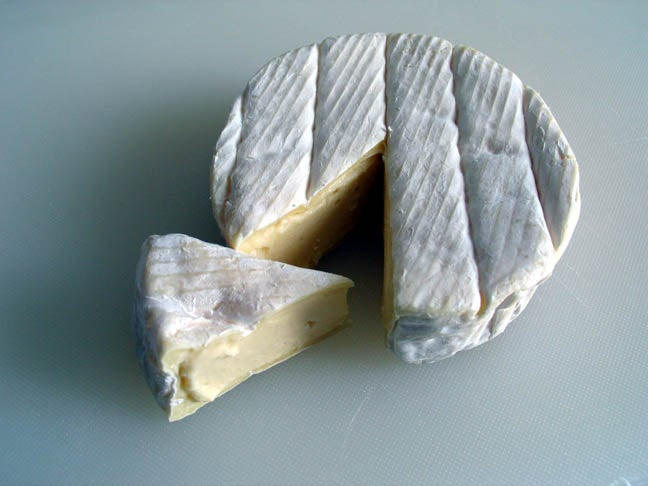 A new material based on blue cheese fungus can attack and eat bacteria that comes in contact with it, protecting foods from spoiling. The material was designed to mimic the way rinds protect soft cheeses like Camembert and Brie, but it could conceivably be used as a self-cleaning coating for other surfaces — so long as you don’t mind a little fungus.

Researchers at ETH Zurich wanted to build biologically based smart materials, which can be adapted to a wide variety of uses. They drew inspiration from cheese rinds, which (along with tangy flavor) protect cheese from invading microorganisms. Researchers led by Lukas C. Gerber started with a thin plastic sheet that they covered in a mixture of Penicillium roqueforti fungus, which is used to make blue cheese. The fungus was sandwiched between a second, porous plastic sheet. Nanoscale pores enabled gas and liquids to pass through to the inside, but kept the fungus in check.

Then the team poured a sugar mixture on top and watched the fungus get to work. After two weeks, all the sugar had been consumed, leaving nothing but a clean surface, according to the researchers’ paper. The fungus went dormant after its own food supply ran out, and the team was able to reconstitute it by adding sugar. As long as it has some moisture, the fungus will survive between the plastic sheets, the paper says.

This could conceivably be adapted to work with fungus that would attack bacteria, creating self-disinfecting food packaging or even kitchen surfaces. Or the idea could be scaled up to very different uses, like wrapping buildings in the nanoporous sheets and inserting algae between them, which would be used to convert carbon dioxide to oxygen.

“Such composites of classical industrial ingredients and living microorganisms can provide a novel form of functional or smart materials with capability for evolutionary adaptation,” the Swiss researchers write.

The work was published in the Proceedings of the National Academy of Sciences.