The Best Way to Unbuild a Dam

What it takes to mend a dammed-up ecosystem 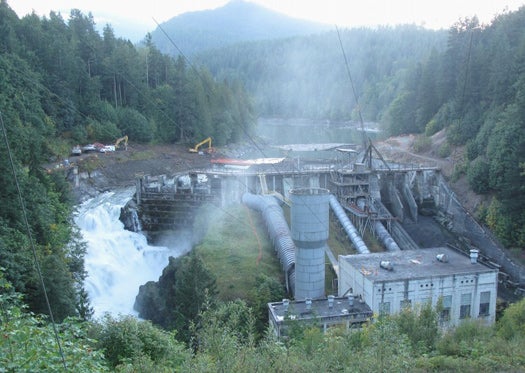 In 2010, engineers in the U.S. dismantled 60 dams, helping to reclaim rivers for wildlife. Most of these dams were small, though; removing large ones poses a much bigger challenge. In September, the National Park Service started the largest-ever dam-removal project in the U.S., on the 210-foot (the tallest ever removed) and 108-foot dams on the Elwha River in Olympic National Park in Washington State.

For nearly a century, the dams have prevented salmon from swimming upstream to spawn. Blasting them with dynamite would do the job quickly, but it would also send 78 million cubic yards of water downstream at once, causing floods and damaging the ecosystem. Instead, crews will break down the structures over three years, releasing the water in the reservoirs at a rate that’s more manageable for the animals and the people who live in the area. The U.S. Fish and Wildlife Service, the Army Corps of Engineers and the EPA are all watching closely.

Tearing down dams may help fish move more freely, but construction can slow down the barges and boats that carry nearly 80 percent of the freight in the U.S. When it came time to replace the 1920s-era Olmsted Locks and Dam on the Ohio River, the country’s busiest inland passage, the Army Corps of Engineers got creative.

Rather than draining the waterway to build on the riverbed, as usual, engineers are constructing the new dam’s 36 sections on land and then moving them into place. The Corps built the largest super gantry crane in the world (140 feet high and 160 feet wide) to lift the dam sections (some up-to-3,700-tons) onto a barge and is piecing them together in the water. Transporting each section takes about three weeks. At that pace, the dam could be complete by 2016.—Justin McLachlan 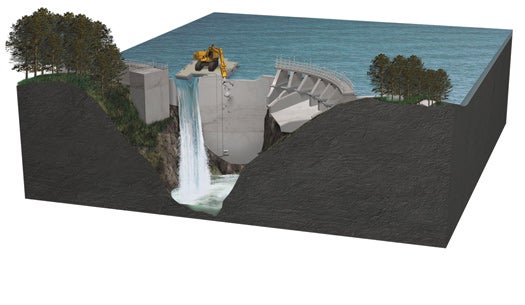 Crews begin dismantling the 210-foot-tall concrete-and-reinforced-steel dam using a hydraulic-hammer-equipped excavator floating on a barge. They chip away, making a pattern of notches so that the dam is never entirely breached, decreasing the reservoir’s depth by just 1.5 feet a day. 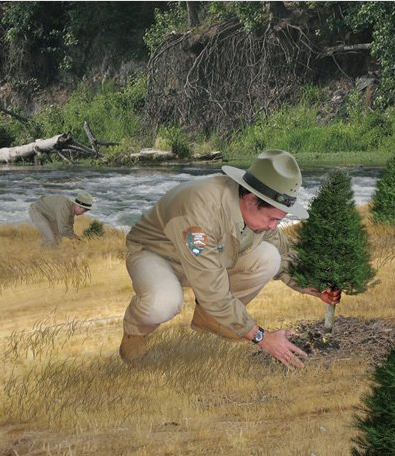 Removing the dams will expose 800 acres of previously flooded land. The National Park Service has built a new Olympic National Park greenhouse and this fall will start replanting the new banks with about 300,000 plants and another 5,000 pounds of seed. 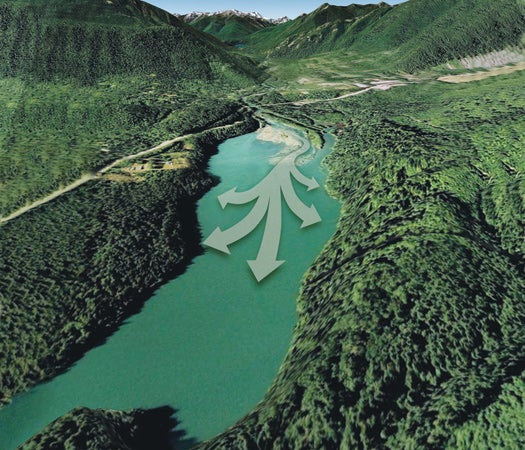 Twenty-four million cubic yards of sediment have built up behind the dams. If released too quickly, it could overwhelm water-treatment plants and collect in lumps on the riverbed. Because the demolition is slow, the silt will instead travel downstream, rebuilding spawning grounds and beaches and reaching the ocean in about four years. 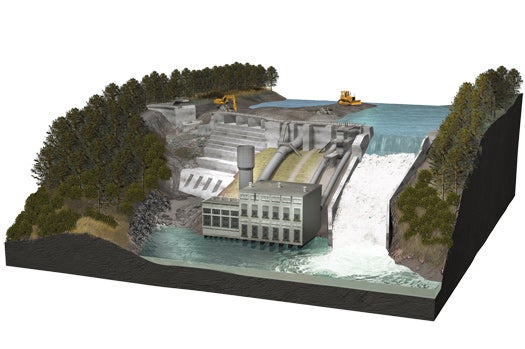 Crews build an earthen barrier that shifts the river’s flow away from one of the dam’s two spillways so that they can dismantle it dry. They then remove the dirt barrier and form a new one to keep the other spillway dry as they break it down. 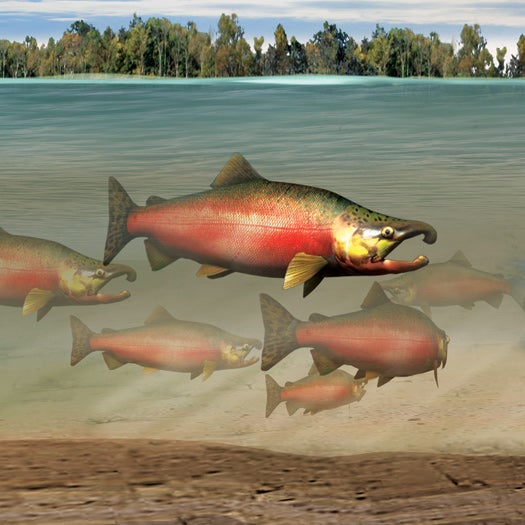 The Elwha River supports about 3,000 fish with the dams but should be able to sustain 400,000. To help reach that number, the Lower Elwha Klallam tribe has already built a new fish hatchery near the mouth of the river.
Army
Engineering
Military
dams
epa