Predictions for 2012: Games Go Outside the Box

When Nintendo launches the Wii U later this year, it will also be launching the next generation of videogame consoles,... 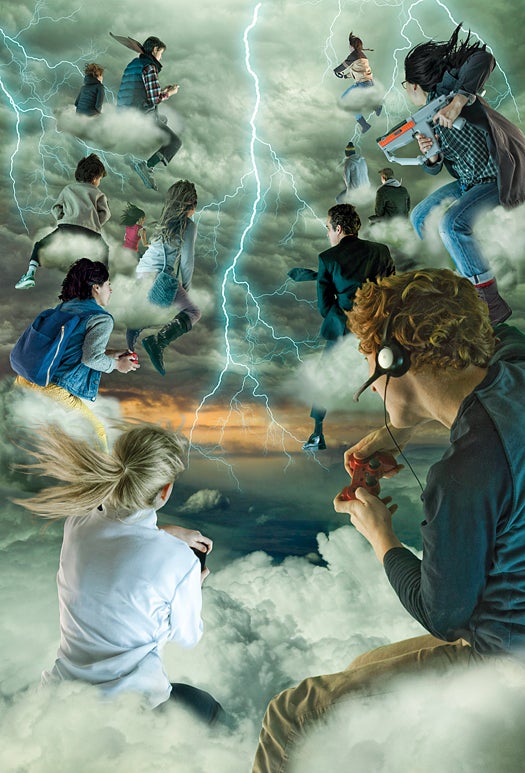 When Nintendo launches the Wii U later this year, it will also be launching the next generation of videogame consoles, a group expected to include, as early as 2013, the successors to Sony’s PlayStation 3 and Microsoft’s Xbox 360. In the past, each new crop represented a major leap forward in graphics-rendering power. But there’s not much else manufacturers can do to make pictures more detailed—at least until displays catch up. Instead, they will expand the gaming experience itself.

The breakthrough on the Wii U, for instance, is the oversized controller, which will contain a 6.2-inch touchscreen, speakers, a gyroscope, an accelerometer, and a front-facing camera, all of which can work in concert with the television—or possibly as an independent social-networking portal. Such a device may sound familiar. And indeed, as competing platforms such as the iPad proliferate, console manufacturers are recognizing the need to move the gaming experience beyond a single, fenced-in device. Sony and Microsoft have yet to release specs on their new consoles, but Wanda Meloni, the founder of the gaming research firm M2, says they will most likely involve increased cross-platform capability. Gamers may start a game on their console, for example, but they’ll be able to pick it up again on their smartphone.

That shift will also change how games are published, away from the disc-based model and toward more downloadable and cloud-based content. The extreme of this idea might be OnLive, which releases games exclusively in the cloud, and is hardware-agnostic. (Read more about OnLive here.) What it assuredly won’t do is spell the death of the conventional console franchises: Halo 4, Diablo III and Grand Theft Auto 5 will all ship this year.