Predictions for 2012: Congress Keeps Fiddling While the Environment Declines

When it comes to the physics of climate change, no one year is more important than any other. But for... 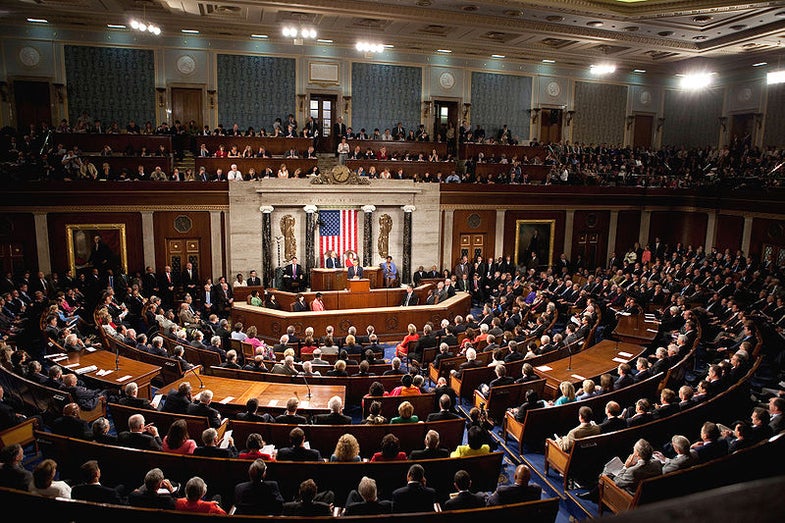 When it comes to the physics of climate change, no one year is more important than any other. But for the politics of climate, 2012 will be a big one, less about what officials may do than what they may block or undo.

Legislative efforts to address rising CO2 emissions have not yet completely expired. Washington has expressed little interest in reducing the nation’s carbon footprint, but it has made a lot of noise about saving money. Recognizing the opportunity, 14 senators and 38 representatives have signed letters urging the Congressional “supercommittee” charged with reducing the deficit to save as much as $122 billion over the next decade by ending oil and gas subsidies. House Democrats also reintroduced a carbon-tax bill that would reduce the deficit by $437 billion over the next decade.

Such legislative measures are unlikely to get far, but there is plenty of action to be found on the regulatory side. The Environmental Protection Agency will finalize two new rules that directly restrict CO2 emissions, along with a suite of updated air, water and solid-waste regulations aimed at cleaning up (or shutting down) coal power plants. New federal fuel-economy rules for light-duty vehicles will take effect in 2014, and rules for heavy-duty vehicles will be finalized to start in 2017. This regulatory agenda will represent the Obama administration’s most substantial action on climate change by far—if it survives.

Which brings us to the most significant climate event of the year: the elections. Since 2010, the Republican majority in the House of Representatives has held 170 votes on efforts to block or undo environmental protections. Those efforts have largely failed in the face of presidential veto threats and opposition in the Democrat-controlled Senate. But if Republicans win both houses of Congress and the presidency, the House GOP agenda will proceed into law. New regulations will be rolled back, the EPA’s power will be sharply curtailed, and new legislation will be even less likely to grapple with the gathering climate crisis.