With enormous sets of instruments and giga-amounts of data, it’s easy to have too much information in science these days,... 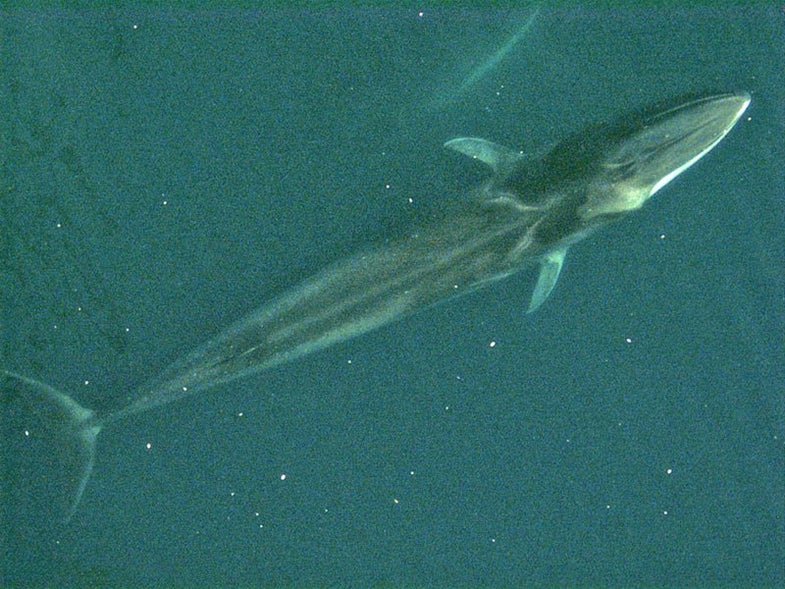 With enormous sets of instruments and giga-amounts of data, it’s easy to have too much information in science these days, requiring the careful sifting of signals to reach a target. But researchers can just as easily share their surpluses, and they probably should — time and again, one scientist’s discarded data is another researcher’s treasure. This time, a seismology tool used for monitoring underwater earthquakes is being used to track the endangered fin whale.

Hydrophones used to listen to the burbling sounds of seafloor spreading also pick up the low-frequency calls of fin whales, a poorly understood species that live in deep waters far offshore. Seismologist William Wilcock of the University of Washington-Seattle spent three years using hydrophones implanted near hydrothermal vents on the ocean floor, and developed algorithms to detect and filter out the whale sounds.

Then they turned the code inside out and listened for the whales, according to a story in ScienceInsider. The team presented a paper at the American Geophysical Union’s annual meeting earlier this month. Scientists traced individual whale calls through an entire network of seafloor sensors, and were able to determine whale “tracks” as the enormous animals moved above hydrothermal vents on the Juan de Fuca Ridge near Vancouver. They were even able to link calls to whale behavior and group size. Now the team plans to expand its data-extraction methods to other seismic monitoring stations in the region to paint an even clearer picture of whale activities, ScienceInsider said.

This study sounded really similar to another odd collaboration I’ve covered, this one between weather radar scientists and bat biologists. In their hunt for raindrops, the National Weather Service’s Doppler radar stations pick up any object in the air, including bats, insects and birds. The green-and-blue precip maps on your evening news have largely been scrubbed of these objects, thanks to specialized algorithms. But last year a group of biologists and radar scientists turned the software inside out, and are looking through an extensive weather archive to watch bat and bird migrations. You can read more about that in our January issue.

The fin whale study, like the bat study, shows the promise of intrascience partnerships. In the way accidental discoveries can be the best discoveries, strange bedfellows are sometimes the best ones.