Scientists to World: We’re Going to Finally Clone that Woolly Mammoth We’ve Been Talking About

It’s long been something of a holy grail for those bent on the idea of recreating species lost to the... 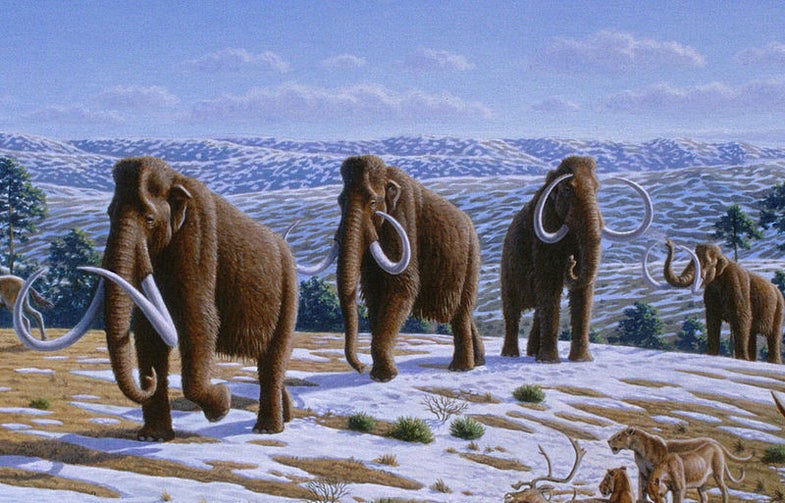 It’s long been something of a holy grail for those bent on the idea of recreating species lost to the Earth through extinction, and now the Russians and Japanese are actually planning to do it–we’re going to clone a woolly mammoth, you guys. That’s right. Using intact bone marrow recovered from the thigh bone of a woolly mammoth found in the thawing permafrost of Siberia, researchers think they will likely clone a living, breathing mammoth in just five years. (Whether we believe them is a different matter entirely.)

A joint research project launching next year between Russia’s Sakha Republic Mammoth Museum and Japan’s Kinki University aims to resurrect the woolly mammoth, which has been extinct for roughly 10,000 years. Why? Why not? It’s long been thought that if you swap the nuclei of elephant egg cells with the mammoth cell nuclei, you could get an embryo with mammoth DNA. All that was missing was the DNA.

Now they’ve got it. At least, they think they do. This kind of science is rarely as easy as it sounds (Have you ever swapped the nuclei in an elephant egg cell? Us either.) and in this case we’re going to go ahead and say we’re skeptical–at the very least–that we’re going to have a living mammoth walking around this planet again in the next five years.

But if you’re feeling more optimistic, feel free to put your money where your mouth is. PopSci’s favorite UK-based gambling house Paddy Power is making odds on both the time frame in which a mammoth will be cloned and what country will be first to have a mammoth zoo attraction. The early odds seem to favor Russia to have the first mammoth on display, but not necessarily any time in the immediate future. The short odds suggest something like 2016 or 2017 is the earliest we should realistically expect our first cloned mammoth.