Video: Japanese Astronaut Plays Baseball With Himself Aboard ISS

He wins every time! 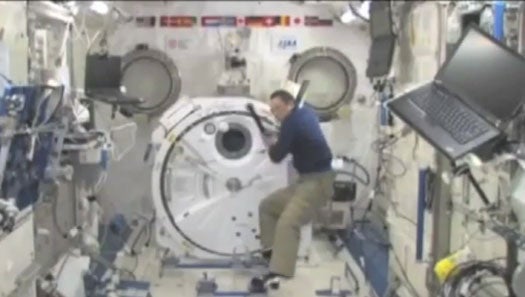 The Japanese seem to have the most fun aboard the ISS, making space sushi and taking Twitpics. Now, Japanese astronaut Satoshi Furukawa has accomplished what so many only children on Earth have unsuccessfully attempted: playing baseball by himself. In this video, shot aboard the ISS during missions 28 and 29, the JAXA astronaut throws a few pitches, hits them with a tiny bat, and even manages to get himself out.