The Hubble Space Telescope has sniffed out evidence of complex carbon molecules, the building blocks of life in this corner... 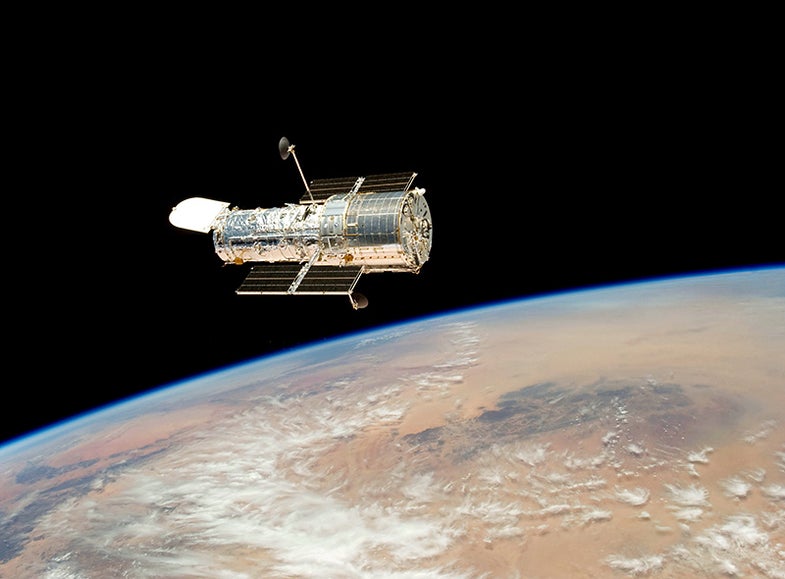 The Hubble Space Telescope has sniffed out evidence of complex carbon molecules, the building blocks of life in this corner of the cosmos, lying on the frozen surface of Pluto. The distant dwarf world is known to harbor methane ice and other frigid compounds, but this is the first time scientists have suggested there could be other complex carbon chemicals, too.

Something is absorbing ultraviolet light on Pluto’s surface, and it may be organic compounds or some nitrogen-containing material, according to scientists at the Southwest Research Institute. That’s organic not as in life, but as in carbon-based compounds that make up the building blocks of life as we know it right now.

The chemicals could be produced as weak sunlight or cosmic rays bombard Pluto and break apart methane and carbon monoxide ice on the dwarf planet.

“This is an exciting finding because complex Plutonian hydrocarbons and other molecules that could be responsible for the ultraviolet spectral features we found with Hubble may, among other things, be responsible for giving Pluto its ruddy color,” said Alan Stern of SwRI in a statement.

The team found the high UV absorption using the Cosmic Origins Spectrograph, a new instrument installed during the final Hubble servicing mission in 2009. The new data marked the first time the COS was turned to Pluto and its largest companion, Charon. The COS is designed to split light apart and measure its components.

During measurements made in 2010, the team also discovered evidence of changes in Pluto’s ultraviolet spectrum compared to earlier measurements from the 1990s. This indicates the dwarf planet’s surface might be changing, due to some unknown influence, or its atmosphere might have increased in pressure. The paper, published in the Astronomical Journal, shows there’s a lot left to be learned about Pluto, Stern said. NASA’s New Horizons spacecraft will be able to answer some questions when it arrives in 2015.