Can a Single Injection Cure the Symptoms of Post-Traumatic Stress Disorder? 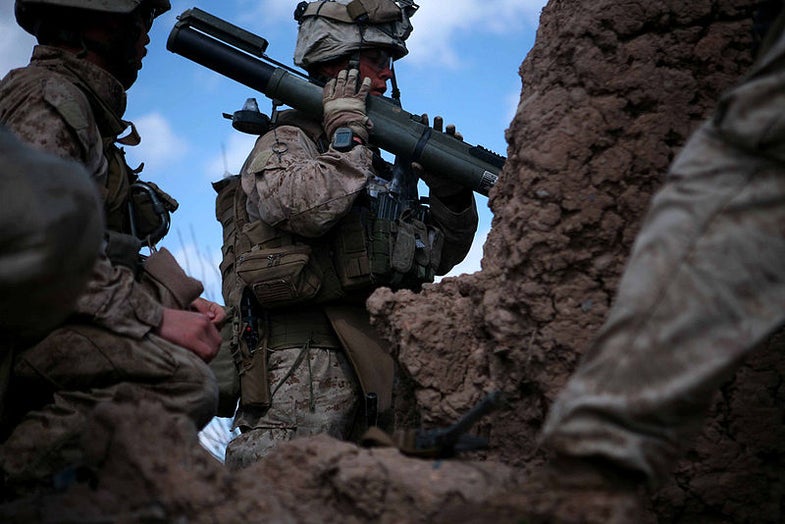 Everything from magnetic stimulation of the brain to virtual reality therapy to heavy regimens of conventional pharmaceuticals (and even some, like MDMA and cannabis, that aren’t exactly conventional) has been floated as a potential treatments for post-traumatic stress disorder (PTSD), and yet researchers have yet to find a method that works all–or even most of–the time. As the Pentagon grows quietly more desperate some in the services are willing to reach a little further for a potential cure, and now a Navy doctor thinks perhaps she’s found one in the form of a single injection to the neck.

The idea was born from a procedure used to treat hot flashes in post-menopausal women, Danger Room reports. The Chicago-based anesthesiologist who developed it, Dr. Eugene Lipov, only realized it might have applications for PTSD in the last few years. Stellate-ganglion block, or SGB, requires just a single injection of anesthetic into a bunch of sympathetic nervous tissue in the neck. In preliminary tests, it appeared to alleviate the symptoms of PTSD literally within minutes.

But unfortunately, the Pentagon has been largely resistant to the idea. Lipov was reportedly ignored by military brass when he approached the DoD for funding. But a Navy doctor–Capt. Anita Hickey–sees the potential and has managed to secure $100,000 in funding in spite of the widespread opposition. Hickey describes SGB as a kind of reboot for the brain that resets the chemical pathways and other circuitry of the nervous system that are altered by stressful experiences.

PTSD is far from completely understood. But part of that chronic stress that recurs as a primary symptom of PTSD is attributed to something called nerve growth factor. Nerve growth factor spikes during stressful experiences and causes new nerves to sprout. SGB turns nerve growth factor off. One Marine Sergeant who received SGB reported feeling better within just five minutes of having received an injection.

If it’s successful, Lipov, Hickey, and the Navy may just be onto something huge: a restart switch for the human brain and–at long last–relief for America’s fighting front line. Much more on this at Danger Room.