Can The Bulldog Be Redesigned?

The breed risks collapsing under its own traits 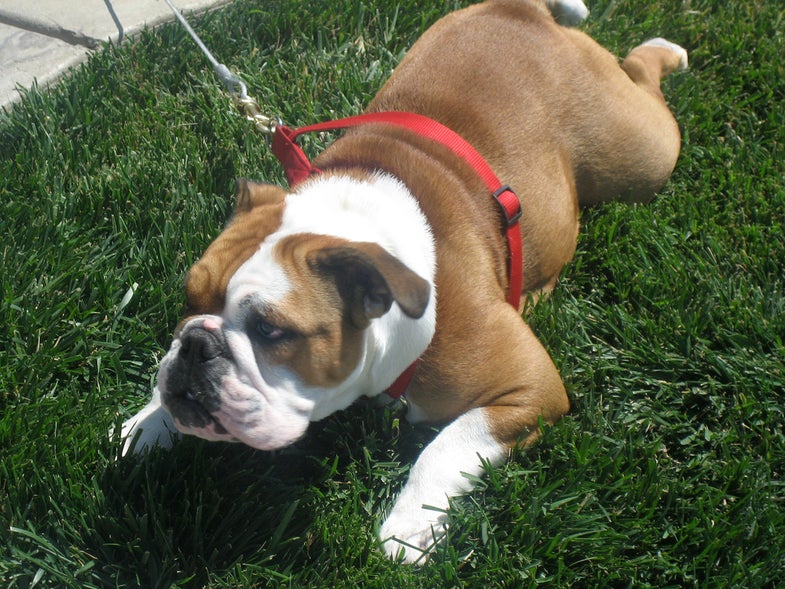 Here at PopSci we frequently talk about genetic modification, the process of interrupting or editing gene sequences to introduce new traits that nature by itself does not. Far less often do we talk about the other option — let’s call it morphologic modification, for the process of unnaturally selecting and breeding for those desired traits. Take, for example, the dog.

Every companion canine, from a blue heeler to a bulldog, is the same species, just with different phenotypes. Maintaining these types sometimes involves inbreeding to advance the traits that breeders want the most. This can introduce some health problems. But perhaps no dog is more plagued by these problems than the bulldog, beset by breathing troubles, congenital heart problems and eye issues. So some veterinarians — and the Humane Society of the United States — are pushing to re-engineer it.

The next New York Times magazine covers the future of the bulldog in a lengthy and quite fascinating feature online here. Bulldogs, writes Benoit Denizet-Lewis, are a particularly troubled canine. Along with their notable breathing difficulties — a side effect of their massive yet smushed heads — they have trouble moving around and can neither mate nor give birth without assistance. Some vets would like to see the bulldog redesigned, including a longer snout, fewer blubbery skin folds, wider hips, a longer tail and a leaner build. But this, points out the American Kennel Club and the Bulldog Club of America, would make it look less like a bulldog.

James Serpell, the director of the Center for the Interaction of Animals and Society at the University of Pennsylvania, argues that humans have created the bulldog because it reminds us a little bit of ourselves. Its crinkly face, huge eyes and wide grin can be pretty irresistible.

“If bulldogs were the product of genetic engineering by agripharmaceutical corporations, there would be protest demonstrations throughout the Western world, and rightly so. But because they have been generated by anthropomorphic selection, their handicaps are not only overlooked but even, in some quarters, applauded,” he wrote in an essay anthology quoted in the Times piece.

Whatever you think about genetic modification vs. breeding, it’s an interesting point. Genetic modification of animals, from chickens to pigs to fish, grabs plenty of headlines, but we modify animals in an older, more traditional way all the time. And in the eyes of some people, this may be just as cruel as tampering with their genes in a lab.