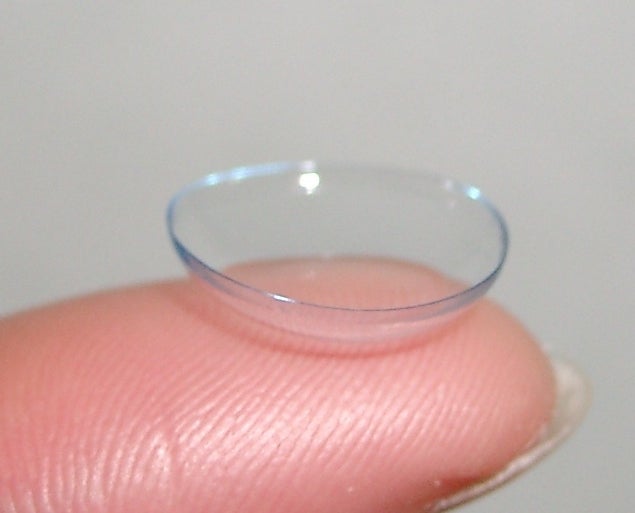 In a breakthrough that is sure to thrill optical ailment sufferers and stoners everywhere, a team of Auburn University researchers has invented a new kind of drug-delivering contact lens that could make the medicinal eye drop a thing of the past. Their lenses are the first to deliver drug doses evenly for as long as the lens is worn, a method that is roughly 100 times more effective than putting sporadic eye drops in the eye.

By comparison, eye drops generally wash away within half an hour, requiring the user to repeatedly reapply them throughout the day. That leads to missed doses, poor efficacy, and a huge pain in the eye. The lenses–which can be corrective or not–release a constant drug concentration for anywhere from 24 hours to 30 days, depending on the lens, essentially delivering medicine steadily for as long as the lens is worn.

That’s a big improvement in terms of drug delivery. The contacts aren’t just lenses that have been soaked in medication, the researchers say, but controlled drug delivery devices that evenly distribute the release of pharmaceuticals to the eye via molecular imprinted drug memory into the lens structure without altering the other lens properties.

That means around-the-clock medication for things like eye inflammation and allergies, and, best of all, you can keep your corrective lenses in rather than riding out a rash of conjunctivitis wearing your specs. No word yet if they’ll load them up with Visine for you, Cheech.