This Asteroid Will Give Earth a Close Shave Later Today

An asteroid the size of an aircraft carrier will slip inside the moon’s orbit later today and fly past Earth,... 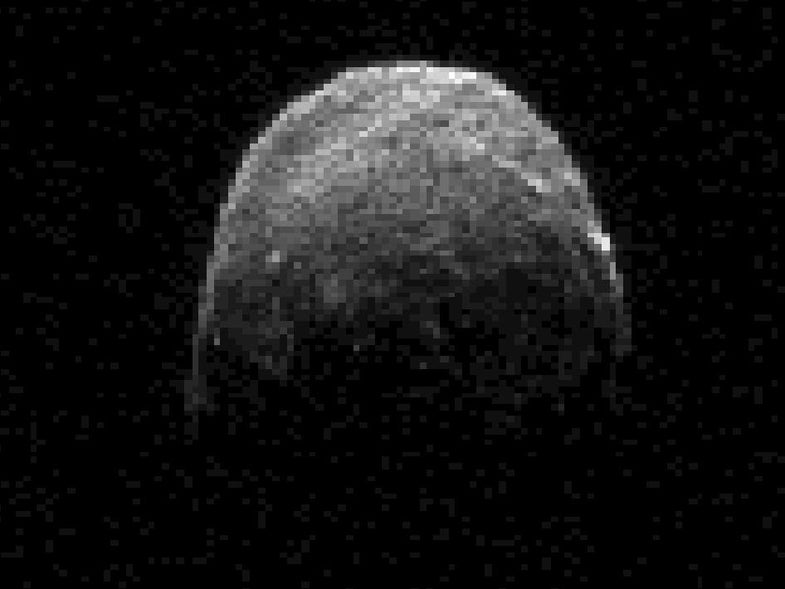 An asteroid the size of an aircraft carrier will slip inside the moon’s orbit later today and fly past Earth, the closest asteroid approach since the U.S. bicentennial. It will not land on the planet or do anything to it, but observatories on spaceship Earth will be watching closely.

Asteroid YU55 orbits in a trajectory that regularly brings it close to Earth, Venus and Mars, but it has not been this close to Earth in at least 200 years, according to NASA. At its closest approach, which is expected around 6:28 p.m. Eastern time/3:28 p.m. Pacific, it will be no closer than 201,700 miles (as measured from the center of the Earth). That’s about 85 percent of the distance between Earth and the moon.

Its trajectory is well understood and NASA is certain it won’t hit our planet or any of our assets in space. Several observatories on Earth, including the Deep Space Network at Goldstone, California, and the Arecibo Planetary Radar Facility in Puerto Rico, will be studying its shape, formation and size. Arecibo will start watching later today when the telescope nears its closest approach, NASA said in a news release.

Amateurs with a good telescope (probably at least six inches, according to NASA astronomers) should be able to see it too. It will be moving at a pretty good clip, however, roughly seven arcesconds per second, so you’d better have a quick telescope motor or a really accurate wrist. You might as well try, because the next known approach of an asteroid this big won’t be until 2028.