Electronic Circuits Rewire Themselves on Demand, Depending On What They’re Needed For

Northwestern University researchers–the same ones that brought us self-erasing documents a couple of years ago–are envisioning a day when computers... 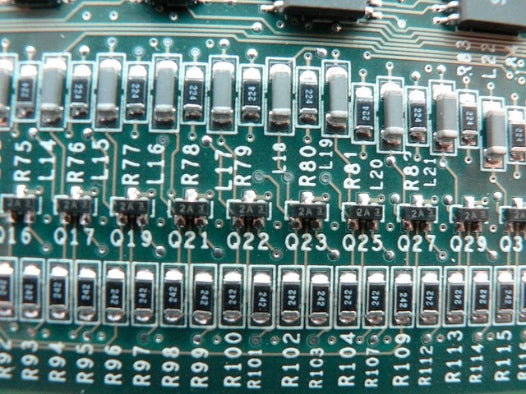 Northwestern University researchers–the same ones that brought us self-erasing documents a couple of years ago–are envisioning a day when computers and other gadgets can rewire themselves automatically to better suit the user’s needs at a given moment. As a step in that direction, they have today published a paper in Nature Nanotechnology describing tiny circuits they’ve created from nano-scale materials that can be resistors, diodes, transistors, or other components depending on what the computer needs them to be at a given time.

Basically, they’ve created circuitry that can rewire itself in the lab. Harnessed for consumer electronics, this technology could enable a new breed of computers that are always optimized for the task at hand.

The nanoparticle-based electronics work by basically creating new and fluid ways of steering the flow of electrons through a material. Rather than being static, the particles in the material can be rearranged to create varying degrees of resistance, conductivity, or whatever the system needs at a given time, even creating multiple streams of electrons flowing in different directions at the same time through the same material.

The result of all that could be computers that can quickly adapt to whatever task they are performing at that particular moment, making high-powered computing–or even the common tasks performed by a smartphone-far more efficient.