Opponents of genetically modified food are crying foul over a recent government grant to the maker of GM salmon. The... 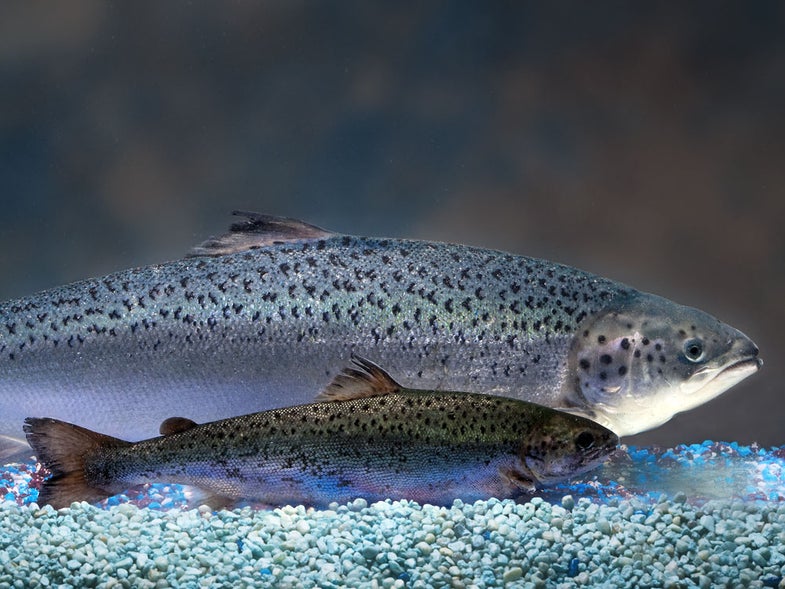 Opponents of genetically modified food are crying foul over a recent government grant to the maker of GM salmon. The funds, which are earmarked for research, came on the heels of a financial report in which the firm reported eliminating board members to cut costs and acknowledged it needs to raise additional capital. If AquaBounty Technologies can weather its financial situation, GM salmon could wind up on dinner plates in the very near future.

AquaBounty will use the $494,162 U.S. Department of Agriculture biotechnology risk assessment grant to research methods to sterilize the fish so they can’t produce genetically modified offspring. The Food and Drug Administration has still not decided whether to permit the sale of the salmon for human consumption, but a ruling could come at any time.

The company has invested $67 million and 16 years of research into the engineered fish, which contain a salmon-derived growth hormone gene and a gene from a bottom-feeder called the ocean pout. The genes make it mushroom in size very quickly.

In late September, AquaBounty’s six-month financial assessment noted increased spending and a longer-than-expected waiting period before FDA approval. To cut costs, the company reduced its board from eight members to five, and is considering new ways to raise capital. That report is dated Sept. 23; the USDA grant came on Sept. 26. Several environmental and food-safety groups have compared the grant to the Solyndra controversy, in which a solar panel company went bankrupt after it received federal loan guarantees.

AquaBounty plans to grow GM salmon eggs at an existing hatchery on Prince Edward Island, then fly them to Panama to be raised on inland fish farms, to ensure they would never mix with wild stocks. But several groups remain concerned about breeding with native fish — just yesterday, the Vancouver Sun reported that the Canadian environmental agency could not guarantee the protection of wild fish stocks.

The Guardian reported that the USDA reviewed 58 proposals from biotech firms before awarding the eight grants. It’s worth noting that AquaBounty is the only private institution on the list — every other grantee is a university or a federal research facility.