Time-Lapse ISS Video of Earth Lets You Orbit in HD

As they soar above Earth on the International Space Station, astronauts frequently train their cameras toward home, and their shots... 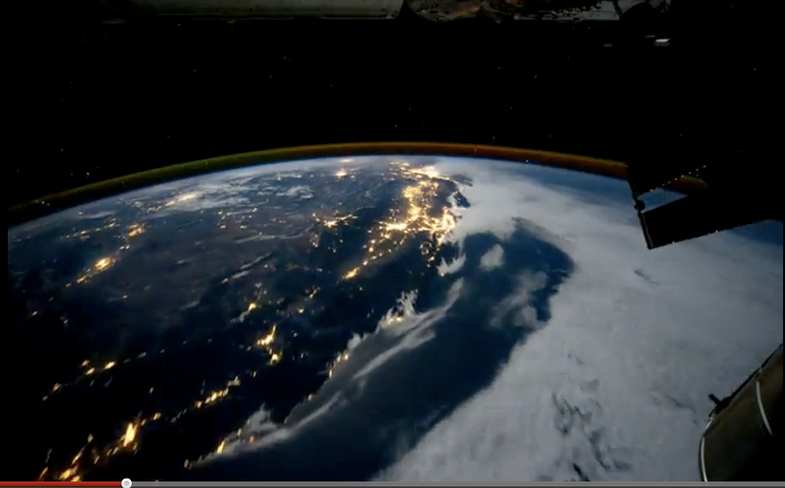 As they soar above Earth on the International Space Station, astronauts frequently train their cameras toward home, and their shots are stored on a massive archive of astronaut photos. Science educator James Drake took 600 such images and stitched them together into a movie, which you can watch below.

The movie starts in the Pacific Ocean and flies over North and South America before sunrise over Antarctica. The neuronal network of nighttime cities is marvelous to behold — not to mention the lightning storms off the southern coast of Mexico and into the Pacific.

It takes roughly a minute to fly from Vancouver Island to the southern portion of Chile. A real latitudinal arc on the ISS takes much longer, of course, but I like this fast view because it’s somewhat humbling — this planet is not really that big. Plus, you get an appreciation for just how much if it is oceans.

Raw data was downloaded from the Gateway To Astronaut Photography of Earth, a Johnson Space Center project. Visit the site to see even more astronaut images, which should keep you sated until the ISS gets a pair of streaming video cameras sometime next year.