For all our knowledge about how the brain processes sight, sound, smell and touch, very little is understood about taste.... 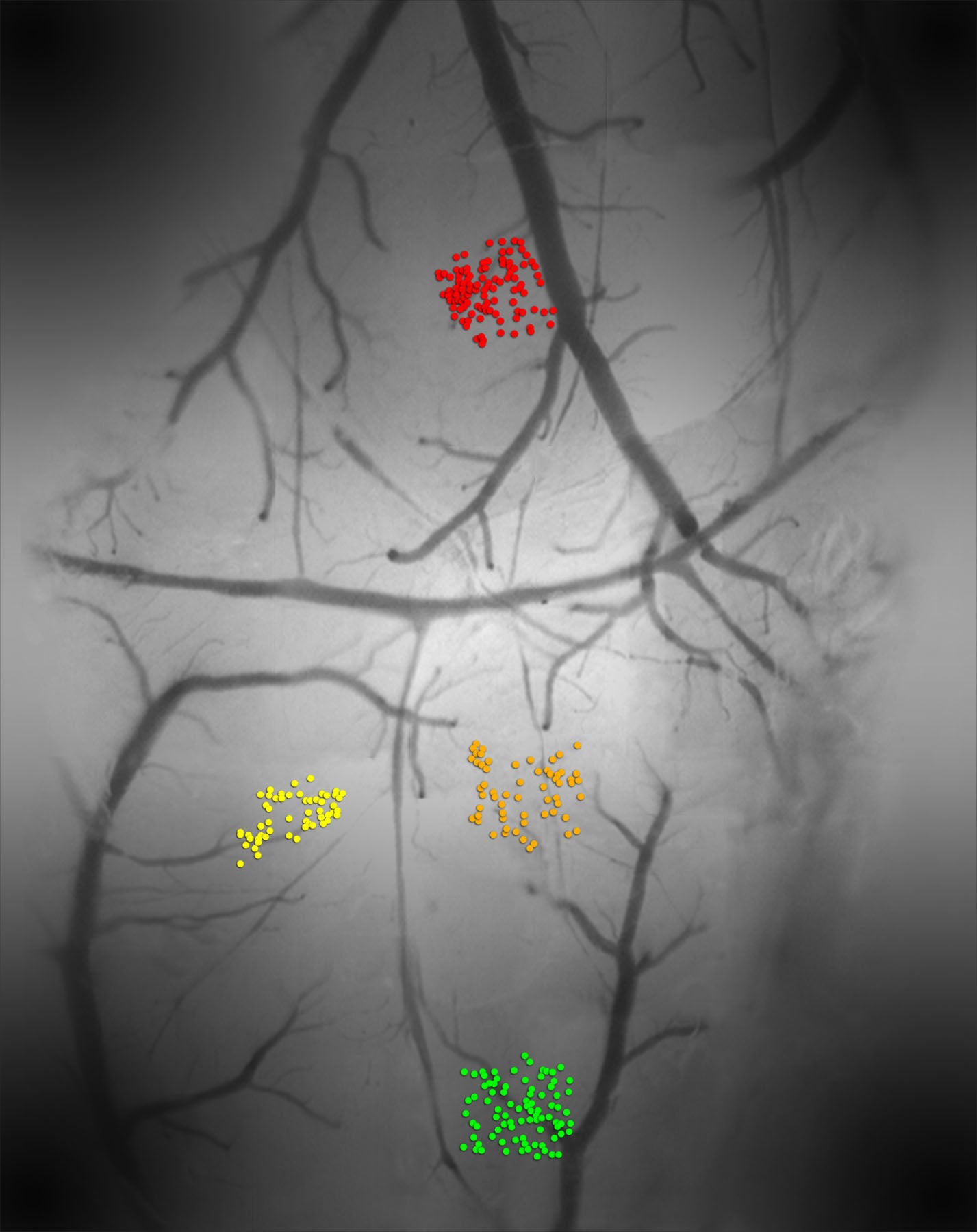 For all our knowledge about how the brain processes sight, sound, smell and touch, very little is understood about taste. Researchers have been unsure whether specific brain cell groups are devoted to the five main taste groups, just like there are specific, finely tuned taste receptors on your tongue.

Researchers from Columbia University now say they’ve identified these neuron groups, and have built a map of the “gustatory cortex.” It’s the first map showing how taste is represented in the mammalian brain.

A team led by neuroscientist Charles Zuker used a technique called two-photon calcium imaging to monitor neural activity that was sparked by “tastants,” as they put it. (In an exciting coincidence, Zuker’s name, if spelled with a “ck,” is the German word for sugar.)

Calcium spikes when a neuron is activated, so calcium increase can be used as a proxy for neuron activity, as a news release from Howard Hughes Medical Institute explains. In this manner, the team identified specific clusters of neurons that activated in response to droplets placed on the tongues of sedated mice. The neuron hot spots represented four of the five taste groups: saltiness, sweetness, bitterness and umami, or savoriness.

These neural clusters fired in different mice over successive tests, the researchers say. The only hot spot they could not find corresponded to sour taste. This could mean it’s outside of the cortical regions they studied, or maybe the anesthesia used to sedate the mice had some interference.

Other researchers have argued that taste works more like smell, in which olfactory sensors respond in a pattern that translates the scents that are present. In that scenario, taste cells would be tuned to a broader spectrum of inputs, and would determine tastes depending on the patterns of stimulation. The absence of a sour hot spot lends credence to this theory. But Zuker believes that’s not the case, and that his team’s more detailed imaging analysis was able to separate the neural hot spots, whereas previous studies seemed to clump them together.

Next, he wants to study how taste combines with other sensory inputs like smell and touch — and with hunger and anticipation — to provide a more well-rounded experience of taste.

The work was published today in Science.