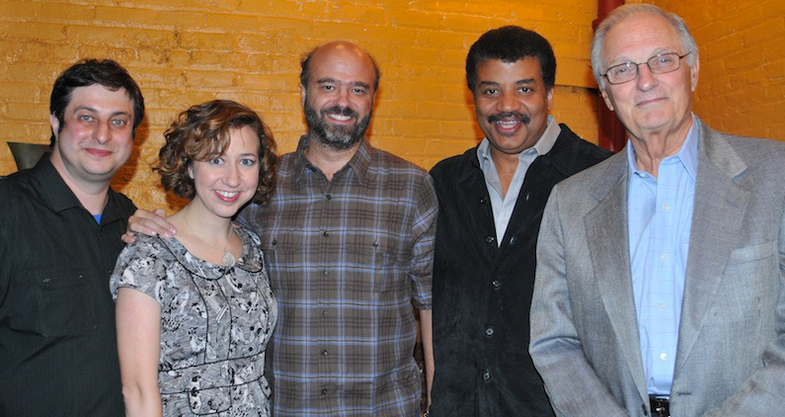 On September 15th, StarTalk, Neil deGrasse Tyson’s space-and-science-focused radio show, taped its first ever live show at the Bell House, in Brooklyn, New York. I was there to watch, and tweet about it, and drink tall cans of Tecate while tweeting about it. It was great! And now you can listen to the first part, for free.

Tyson co-hosted with comedian Eugene Mirman–it was during the somewhat cheekily-named Eugene Mirman Comedy Festival–with guests Kristen Schaal (of The Daily Show and Flight of the Conchords), Scott Adsit (of 30 Rock), and Alan Alda (of being Alan Goddamned Alda). Topics ranged from how we’re all going to die, what aliens might look like, and what dark matter tastes like to the movie Galaxy Quest and how long it would take to cook a frozen pizza on Venus. The first part is available now, via RSS, MP3, and streaming, and the second part will be posted next Monday. Enjoy! (I sure did.)