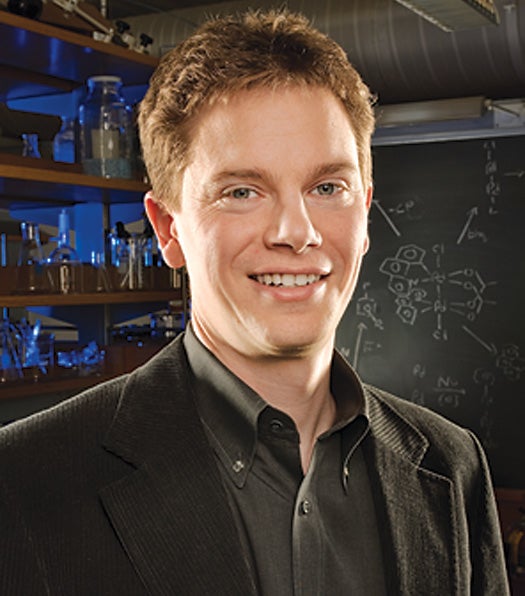 After 1,200 unsuccessful attempts to do something, most people would call it quits. Not Harvard University chemist Tobias Ritter. Chemistry research is 90 percent failure, he says. But success, when it comes, can be big. In Ritter’s case, it could mean more-effective drugs. Ritter, a native of Germany, had been studying fluorination, the process by which fluorine atoms bind to carbon, since 2007. Drug manufacturers had long known that fluorine could make their products more stable, potent and penetrating, but the standard methods for attaching fluorines were unreliable and, more often than not, would damage the drugs. Finding a better fluorination technique is one of the more difficult challenges in modern medicine, says Robert Grubbs, a Nobel Prize–winning chemist at Caltech. But Ritter kept at it.

One good way to attach fluorines to an organic compound is by using a catalyst. Ritter and his colleagues began conducting experiments with metal catalysts, adjusting the ingredients and trying again after each reaction, some 1,200 attempts over the course of a year. Finally, using palladium as the catalyst, Ritter’s group had its first success. The yield of fluorinated drug was a meager 1 percent of the reaction’s theoretical output. They continued tweaking the reaction conditions, switched over to a silver oxide catalyst, and improved the reaction yield to 90 percent. “Once we had our foot in the door, it was much easier,” Ritter says.

His fluorination method could make drugs for depression and cancer better at attaching to their targets—he has started a company to test the technique—but it will also help scientists study how these drugs work. Fluorinated molecules are used as tagging compounds in positron emission tomography (PET) scans. Since Ritter’s technique tags fluorines to drugs at a late stage of the drugs’ synthesis, scientists may be able to track these molecules’ paths through our bodies.