Found via implanted microchip, she just wanted to try to make it in the big city 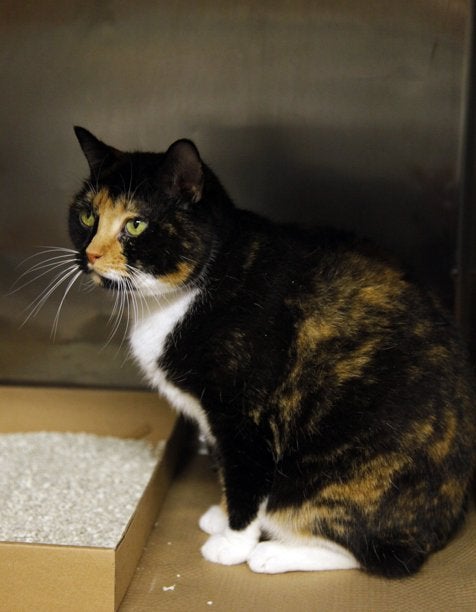 Cat of the week, you guys. Cat of the year. Willow, an adorable calico, went missing from her Colorado home five years ago during some construction. In the years since, her family’s kids have grown up, and the family moved some ten miles away. But somehow, Willow made her way a whopping 1,800 miles from the Rocky Mountains to the rat-infested streets (for her, that’s probably nice) of Manhattan. This improbable story has a happy, techie ending: Willow was implanted with a microchip as a kitten, and was able to be reunited with her family this week.

It’s a hazardous trip, those 1,800 miles, filled with coyotes, foxes, owls, and all kinds of other large animals that prey on cats. We may never know what Willow saw on her journey east, or why she came at all (certainly many New Yorkers would love to make the exact reverse trip, ending up in beautiful Boulder, CO). Maybe she wanted to see The Book of Mormon, or parade her calico self around Fashion Week.

Willow was found on East 20th street, a mere few blocks from PopSci headquarters (home of several avowed cat-lovers) and taken to a shelter run by Animal Care and Control. Luckily, her family, the Squireses of Colorado, implant microchips in all their pets, and ACC was able to scan her chip and locate her family. One of the Squires children was not even born when Willow began her long, strange journey, and only remarked “That’s a pretty cat!” when shown a photograph. But her older siblings and her parents all knew Willow immediately, and were understandably stunned.

Even better, the Executive Director of the ACC described Willow as “healthy and well-mannered,” noting that she probably had not spent much time hanging around Manhattan. Willow will fly back west in around two weeks, where this adorable story ends in an even more adorable way: “We still have her little Christmas stocking,” said Jamie Squires. It may not be as long as the longest documented mammalian journey, but we feel pretty comfortable tipping our hats to the best-travelled housecat we’ve ever seen.