Anyone who has ever had a stomach bug knows it can really subdue your spirits as well as your appetite.... 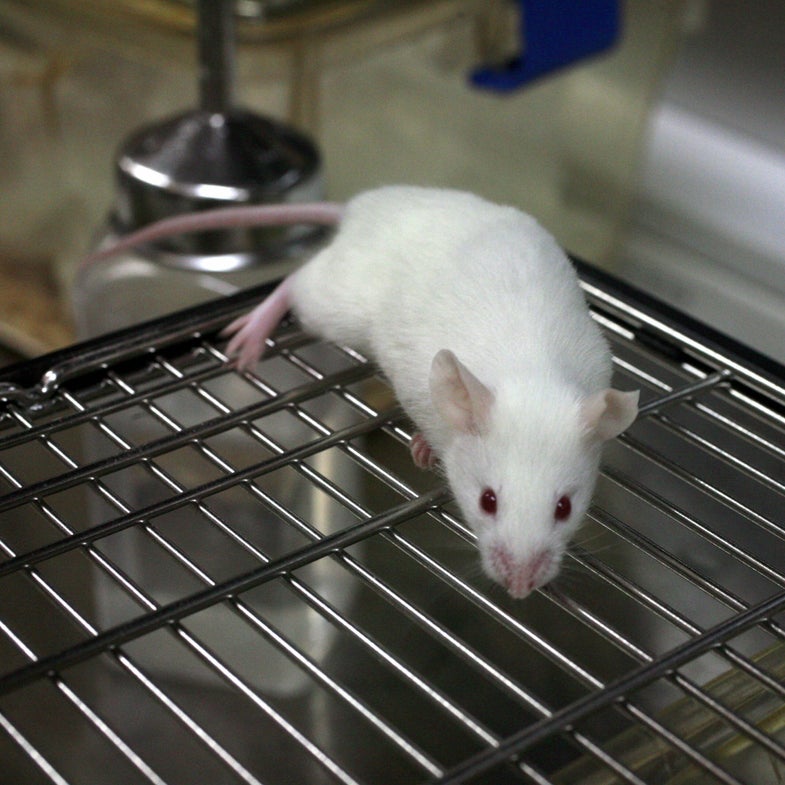 Anyone who has ever had a stomach bug knows it can really subdue your spirits as well as your appetite. But other parts of the gut microbiome can have the opposite effect, and make you feel great. Irish researchers have found a type of gut bacteria that seems to have directly interacted with the brains of mice, reducing stress and depression.

Scientists fed mice a broth containing Lactobacillus rhamnosus, a strain of Lactobacillus species that is found in mouse gastrointestinal systems, and watched the mice’s behavior. They appeared less stressed and depressed than mice who got a plain broth, the researchers reported. When they were placed in water to deliberately stress them out, the L. rhamnosus-fed mice also had lower levels of stress hormones.

John Cryan, a neuroscientist at University College Cork in Ireland, also monitored the animals’ brains to watch for changes. He and colleagues found heightened activity in one of the receptors for a neurotransmitter called GABA, which regulates psychological processes. Certain depression drugs target GABA receptors, ScienceNow points out. Cryan and his colleagues found that certain portions of the neurotransmitter that are normally reduced during depression were more highly expressed in the L. rhamnosus mice. And other areas that are increased during depression were less pronounced in the L. rhamnosus mice.

To prove there really was a connection between the stomach bacteria and GABA activity, the researchers got new mice and cut the nerve that allows the gastrointestinal tract to communicate with the central nervous system. Then they fed these mice the broth, and the GABA receptors and mouse behavior remained at normal, pre-bacteria-enhanced levels.

This is not the first study to examine a connection between gut bacteria and psychological/brain physiological changes. Last summer, a British study found that the urine of autistic children has a distinct chemical signature associated with gut bacteria. Researchers at Imperial College London were not sure whether the bacteria were producing some kind of metabolic byproducts that could contribute to autism.

The Irish researchers say they still want to determine how the bacteria interact with the GABA receptors.

The chose L. rhamnosus because they happened to have it handy, and because related Lactobacillus species are so common in “probiotic” food supplements, ScienceNow reports. The bacteria is used to make foods like sourdough bread, yogurt and cheese. The paper was reported in the Proceedings of the National Academy of Sciences.