Rainbow-tinted slicks and globules of oil have been cropping up in the Gulf of Mexico during the past 10 days... 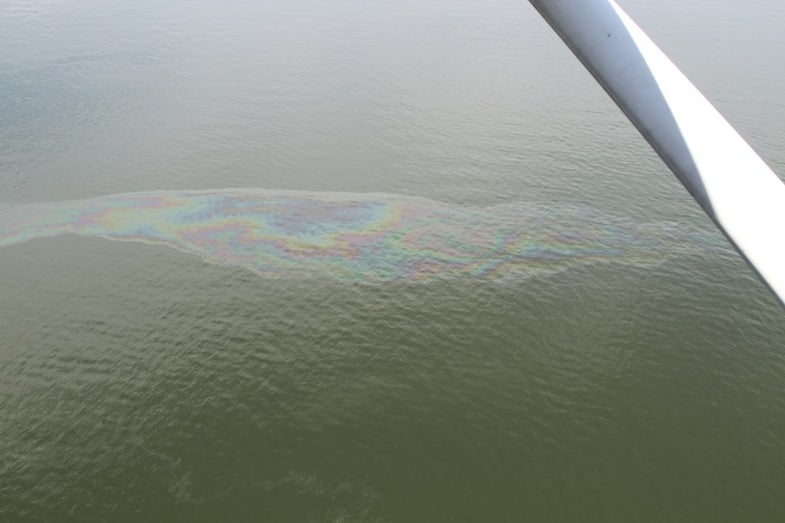 Rainbow-tinted slicks and globules of oil have been cropping up in the Gulf of Mexico during the past 10 days or so, and it’s not clear where it is all coming from. BP, whose Macondo well spewed 4.1 million barrels of oil into the Gulf last summer after the Deepwater Horizon disaster, has denied that the oil is coming from that well. But some scientists say it’s certainly possible.

Reports of a new oil sheen first surfaced on Aug. 18, close to the site of last year’s devastating spill. BP and Coast Guard officials deployed two submersible vehicles to the site, but BP said a visual inspection indicated there was no oil released from the Macondo well. The Coast Guard said last week that the oil was the result of natural seeps and/or permitted releases at other oil drilling sites, according to the Press-Register newspaper in Mobile, Ala.

Reporters from the Press-Register took some samples of their own and sent them to Louisiana State University, where scientists confirmed the oil was Louisiana sweet crude. It was chemically similar to the oil from the Macondo well, but remains unclear whether that is the source, according to the newspaper’s account.

Volunteers with the Gulf Restoration Network and a group called On Wings of Care have been taking aerial photos since Aug. 19, finding a variety of oil slicks in several spots in the Gulf. Bonny Schumaker, founder of On Wings of Care, said the group has posted several flight logs with dozens of pictures of the sheens. Check it out here.

Natural seeps have occurred in the Gulf of Mexico for millennia, so it’s certainly possible that they are causing these new sheens. But several scientists said their location — right near the Macondo well — is intriguing.

There are a few explanations beyond natural seeps, including the possibility that oil has been leaking from the broken riser pipe that connected the Deepwater Horizon to the well. Neither the pipe nor the well has been salvaged, the Press-Register points out. Or, heavier hydrocarbon constituents could have settled on the bottom during the spill, and as bacteria have broken them down, lighter-density hydrocarbons are now slowly making their way to the surface. The most troubling possibility, the newspaper says, is that the oil is leaking out of the ground beneath the capped wellhead.

As we wait for more answers, let’s hope that is not the case. 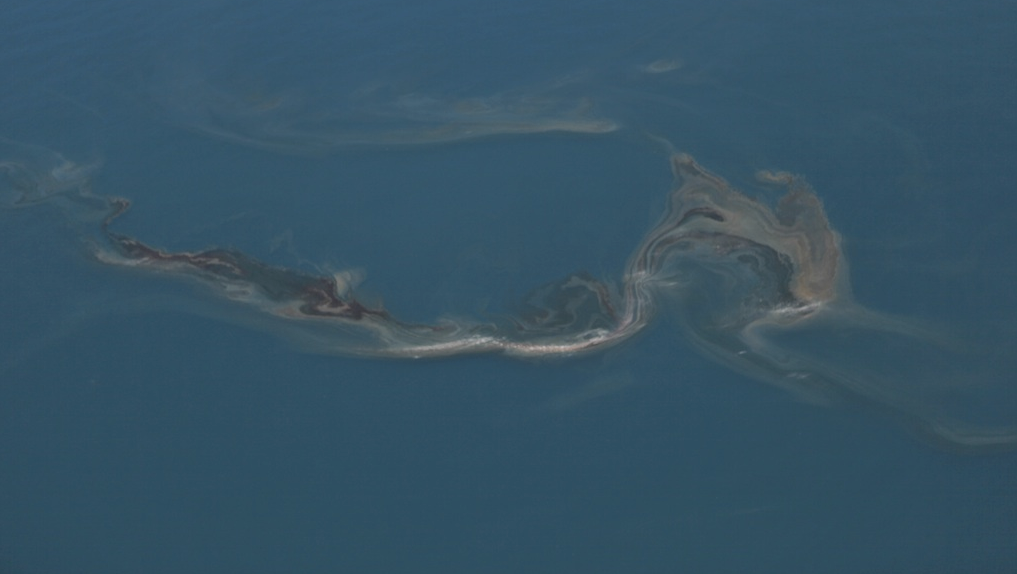