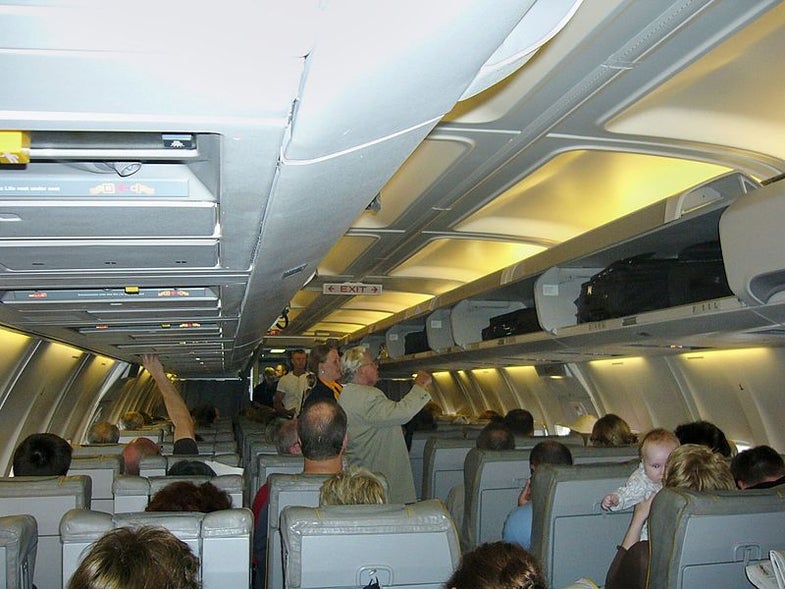 Dr. Jason Steffen, an astrophysicist at Fermilab, came up with a method he claimed could cut airplane boarding times drastically about two years ago. More recently, he tested several different methods of boarding, complete with video: Boarding as we do it now (blocks of fliers, boarding from the back of the plane to the front), compared with a random boarding system and a careful one of his own design. Those three methods, by the way, are in ascending order of effectiveness.

Steffen found that simply letting passengers board at random would actually be faster than boarding in the strict blocks we’re all used to. That method tends to create bottlenecks, because there’s limited room to be storing items in the overhead bin, and everyone is trying to do it at the same time in the same area of the plane. Steffen’s method is much more organized, relying more on row number and seat (window, middle, or aisle) than general area of the plane. The plan:

It’s simple, but very efficient; alternating rows gives everyone enough elbow room, and taking careful notice of seat position reduces bottlenecks from aisle-seaters having to stand up all the time. Steffen’s work was published this week in the science collection arXiv, and was demonstrated on the show This vs. That, which you can see below. Steffen did not get the response he was hoping for from the airlines when he first presented his work, but “Now that we have [real data],” he says, “I guess we’ll see.”