Eavesdrop on Nearby Galaxies at the National Radio Astronomy Observatory 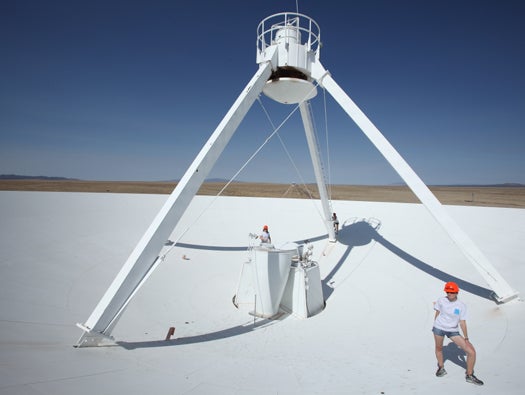 Of the 25 to 30 research assistants accepted at the National Radio Astronomy Observatory each year, some are stationed at the Charlottesville, Virginia, headquarters, some at the 27-antenna Very Large Array in Socorro, New Mexico, and some at the 361-foot Robert C. Byrd Green Bank Telescope (GBT) in Green Bank, West Virginia. For those at the GBT, the internship comes with an unusual requirement: no cellphones.

The “Big Dish” sits within the 13,000-square-mile National Radio Quiet Zone, which mandates electronic silence so as not to distort the telescope’s radio spectrum readings of the universe. The entire Green Bank complex has just four microwave ovens, shielded by metal boxes. Only diesel vehicles may drive near the telescope, because they don’t have sparkplugs. And cordless phones and remote controls are forbidden in the dorms.

Video by John B. Carnett

Students might make measurements of galaxies, sample emissions of molecules from a newborn star, or explore the physical conditions of a comet. “At Green Bank, we oversaw the observations ourselves,” says Meredith MacGregor, a 22-year-old former NRAO intern now studying astrophysics at Harvard University. MacGregor worked to determine the physical parameters of starburst galaxies, which produce more stars than a galaxy such as the Milky Way. After analyzing ammonia and formaldehyde emissions, she was able to derive the temperature and density of the galaxies, helping reveal how they evolve. 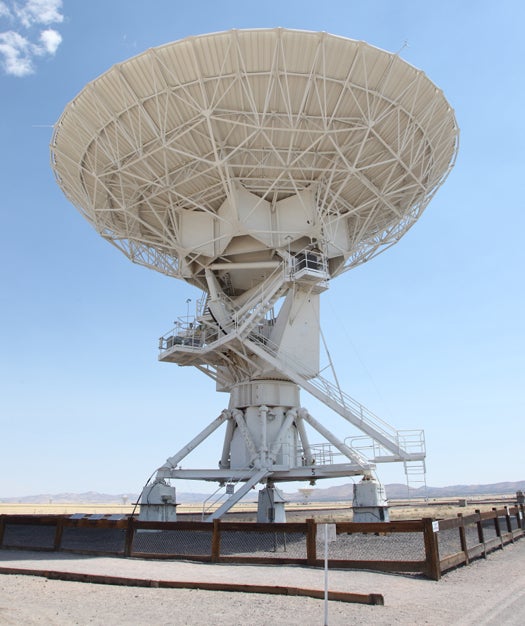 Summer interns stand on top of one of the 27 radio telescope dishes at the National Radio Astronomy Observatory’s Very Large Array in New Mexico. The dish is about 82 feet tall and weighs 230 tons.