Did you feel that? Gravity just got a little weaker. The National Institute of Standards and Technology has just posted... 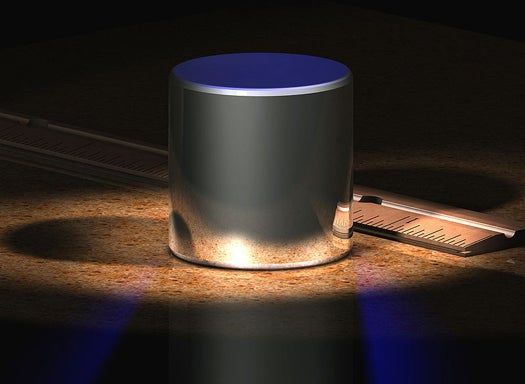 Did you feel that? Gravity just got a little weaker. The National Institute of Standards and Technology has just posted the latest internationally recommended adjustments to the values for the fundamental constants of nature. The results: Gravity is a bit weaker, the electromagnetic force a smidgeon stronger, and the whole of physics a little less uncertain.

The NIST and its international partners reconsider the values placed upon the fundamental constants every four years to take into account advances in technology and science that beget better, more accurate values for things like the speed of light, the Newtonian constant of gravitation (G), the Planck constant, and other values preceded by famous names.

The real news here isn’t really that we’ve discovered anything new but that science on the whole has reduced uncertainty, and that in turn impacts all physical science going forward. For instance, uncertainty in the constant alpha (that’s the fine-structure constant or the electromagnetic constant) has been reduced by 0.3 parts per billion, or cut in half based on the last evaluation of the constants in 2006.

Going forward, this adjustment to alpha will make a difference in (and–if the adjustment is correct–reduce the uncertainty of) all kinds of physics. The same is true for various other constants (there’s a nice overview of the heavy hitters here) like the radius of a proton or the Rydberg constant (relating to the atomic spectra in spectroscopy and thus far the most accurately measured fundamental constant–we think), whose values are still not completely “certain” but have been sharpened to introduce less and less uncertainty over the years.

But this year’s realignment of the constants will ripple through the world as we understand it more than most. In October a worldwide vote will redefine the most basic units in the International System of Units (SI) exclusively in light of these fundamental constants. That means that while more nebulous concepts like the G are getting a tiny adjustment now, that change will soon impact more concrete units like the kilogram.

Just think: in October you may gain or lose a tiny yet measurable bit of weight without so much as lifting a finger. Just don’t let it go to your head, which will still likely be busy trying to wrap itself around all of this.