New Memory Device Feels Like Jell-O, Could Work Inside Your Body 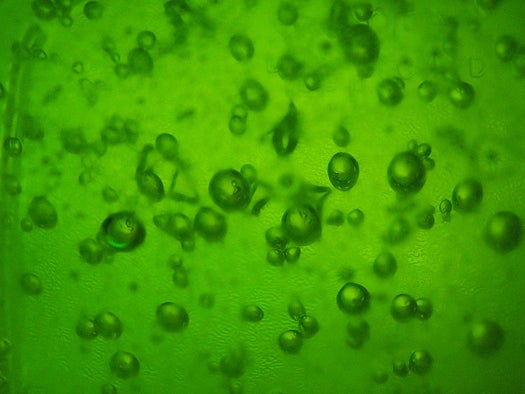 NC State researchers have created a new kind of soft, flexible memory device that functions like a memristor and has the consistency of Jell-O. In other words, it’s soft, flexible, works well in wet environments, and is pretty much ideally suited for biocompatible electronic devices that work inside of or on biological tissues–and perhaps interface with them.

The prototypes of the design haven’t yet been outfitted with much memory yet, but the researchers say the capacity is there. That aspect of the material works like a memristor, existing in one of two states at any given time: conductive or resistive. These two states can represent the 1s and 0s of binary computer code, and could someday be used to program the stuff to work inside or on the human body, perhaps in medical monitoring devices or biological sensors.

It’s a pretty cool development, at least for those who think we’re all going to be cyborgs with various machinery augmenting our bodies and optimizing our lives and keeping us healthy at some point in the future. Plus, it has the consistency of Jell-O. I can’t be the only one envisioning a new generation of scrumptious, intelligent desserts.