Peering at Pluto in preparations for a satellite visit in 2015, the Hubble Space Telescope has spotted a fourth moon... 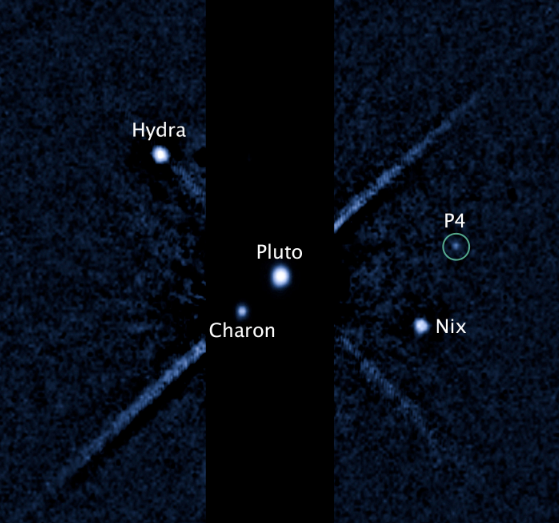 Peering at Pluto in preparations for a satellite visit in 2015, the Hubble Space Telescope has spotted a fourth moon orbiting the dwarf planet. The wee moon doesn’t even have a name yet — it’s called P4 for now — and its estimated diameter is between 8 and 21 miles.

That’s right, Hubble spotted something the size of a city from a distance of more than 3 billion miles away.

Pluto’s new moon is smaller than the dwarf planet’s other companions; the big one, Charon, is 648 miles across, and the other moons, Nix and Hydra, are in the range of 20 to 70 miles in diameter, according to NASA. Hubble discovered those moons back in 2005.

P4 is located between the orbits of Nix and Hydra. Hubble’s Wide Field Camera 3 ultraviolet visible instrument, which was installed on the telescope’s final servicing mission two years ago, first picked it up on June 28, and then confirmed it in follow-up pictures taken July 3 and July 18. It may appear as a faint smudge in images from 2006, NASA reports, but no one noticed because it was too obscured. This recent set of photos was taken with longer exposures, allowing P4 to resolve more clearly.

Charon, first discovered back in 1978 and first imaged in 1990, is one of the reasons why Pluto was demoted from planet status. It’s about half the size of Pluto, and the two bodies act as a binary system, rotating around a common center of gravity. Some astronomers referenced this during debates about planetary classification back in 2006.

Astronomers planning for the 2015 arrival of NASA’s New Horizons spacecraft were excited about the discovery, because now they can plan closeup observations. And NASA was also excited about the discovery’s importance for Hubble — “it’s a powerful reminder of Hubble’s ability as a general purpose astronomical observatory to make astounding, unintended discoveries,” said Jon Morse, astrophysics division director at NASA headquarters.

Given that it may be on its own for a while, that’s a nice reminder. 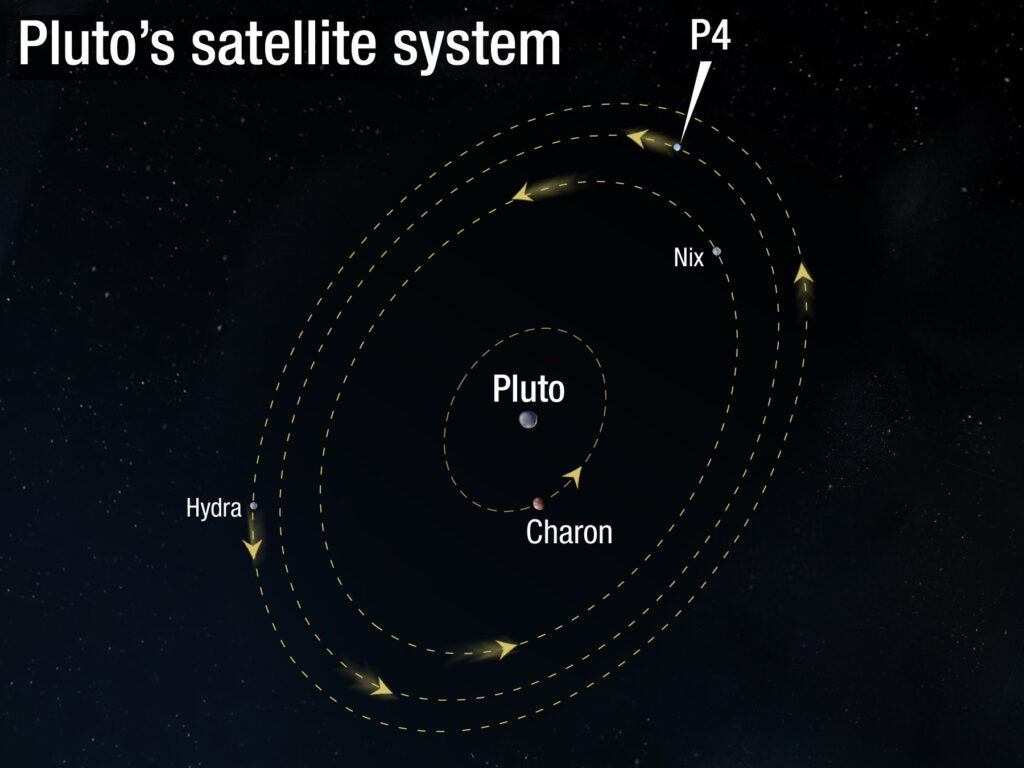