Good news for bats in Europe, if not the US: A species of bat thought to have disappeared from a... 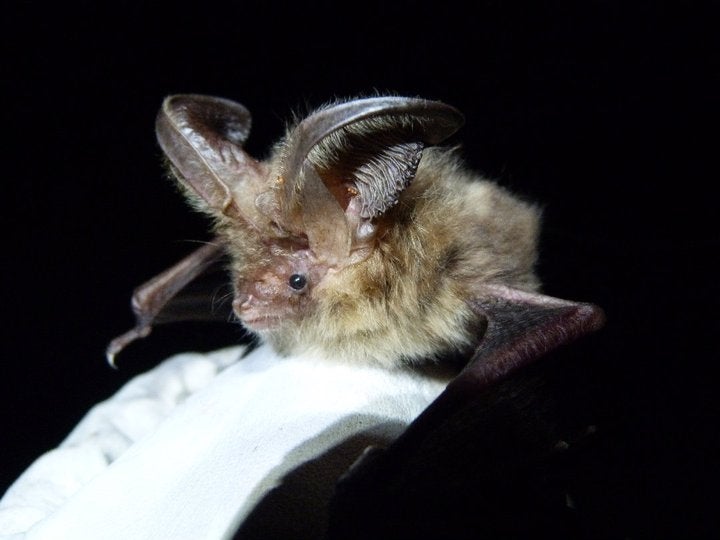 Good news for bats in Europe, if not the US: A species of bat thought to have disappeared from a British island chain 40 years ago has actually been hanging out all along, doing just fine despite habitat loss. Biologists found a pregnant female roosting in a pine tree, and say they might be able to improve the bats’ living situation.

The brown long-eared bat has enormous ears that stretch three-fourths the length of its entire body. This one is resting, so its ears are folded up. The animals use their superb hearing to listen for the otherwise imperceptible sound of caterpillars munching on leaves. They feed on caterpillars and moths, and the bats themselves are so muted that they can’t be picked up by standard bat detectors, so they are hard to find.

The long-eared bat has not been seen on the Scilly Isles since the 1960s. Their habitat, primarily woodland, has been greatly diminished there. What’s more, this species of bat flies close to the ground, so they are easily caught by household cats.

But researchers at the University of Exeter found a pregnant one hanging out in a split pine tree that had been planted as a windbreaker long ago. A pregnant female indicates there are at least a few other bats on the islands — bats are highly social and females cooperate to raise their young — so now conservationists can take action to improve their habitat, such as planting trees that would attract their prey.