Sherlock the cadaver sniffing vulture isn’t working out so well for police in Germany. Authorities there have spent the last... 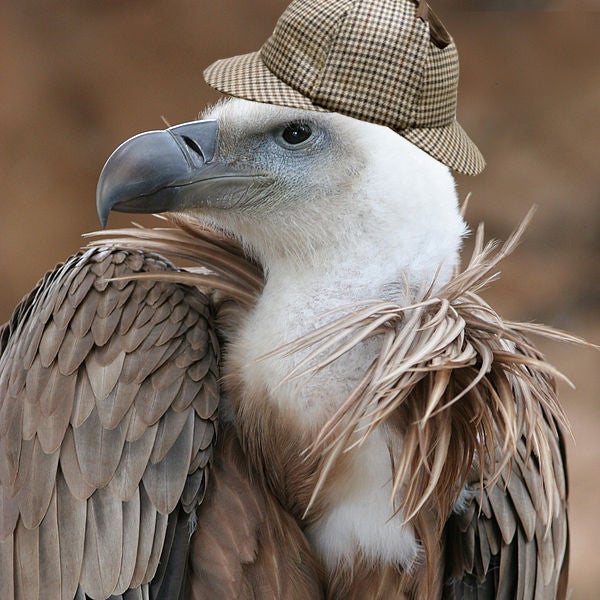 Sherlock the cadaver sniffing vulture isn’t working out so well for police in Germany. Authorities there have spent the last few months trying to train a team of three vultures to work like cadaver dogs in the air, covering wide swaths of territory while using their keen sense of smell to lead investigators to bodies hidden in the countryside. But Sherlock, the leader of the trio, would really rather not put in the effort.

In Sherlock’s case, he would rather walk than fly. When he does find something, it’s usually an animal rather than the stinking human burial shroud that he is supposed to be looking for. And the bird is, understandably, a bit shy around all the human attention, much unlike the famous fictional detective for whom he’s named (Holmes, if I remember correctly, was always either sprinting or in a drug-induced near-comatose state, and was not known for being shy).

“The bird is naturally anxious, and he would hide in the woods or bolt,” his trainer tells the BBC. These aren’t the traits the Germans were looking for in their new gumshoe. Without the elder Sherlock to lead the way, the trainers feel little hope that the younger vultures, Columbo and Miss Marple, will fare any better.