Looking for a source of rare earths? Try your stash of old cellphones 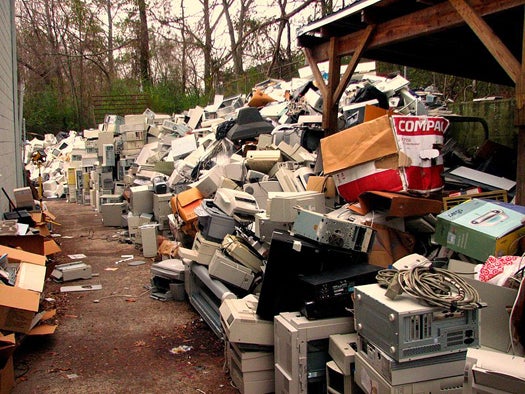 With rare earth supplies uncertain and gold and silver prices spiking, a new international project wants to mine a potentially huge untapped source of minerals and metals: that dresser drawer where you’re hoarding all your old cell phones.

Electronic waste is not a new problem. It’s estimated that only 10-15 percent of personal electronics–cellphones, computers, televisions, etc.–are properly recycled. Many are shipped abroad for “recycling” (where health and environmental laws are lax), but even among those many of the components, some of which are toxic, become landfill. The rest end up in dumps here in the U.S., or in that aforementioned dresser drawer where your Nokia 1600 still resides, just in case you need it someday (you won’t).

The project, funded with $2.5 million from the U.S. Environmental Protection Agency and working with international partners, aims to help track U.S. electronic waste as it flows around the world in an effort to devise solutions and enhance recycling efforts. With help from port officials in West Africa and Asia, the project hopes to determine just how these discarded goods are moving, and what can be done to ensure they are properly recycled.

The idea isn’t just to keep toxic materials out of landfills–though that’s certainly a primary objective. One million cellphones reportedly can yield 53 pounds of gold, a commodity that topped $1,500 per ounce (per ounce!) recently. Also spiking in price recently: silver, of which 550 pounds can be extracted from the same one million phones. Add nearly ten tons of copper and a smattering of smaller quantities of valuable rare earth elements, and it’s not difficult to make economic sense of such an endeavor.