Researchers at Vanderbilt looking for better ways to control the spread of malaria have stumbled across an insect repellent that... 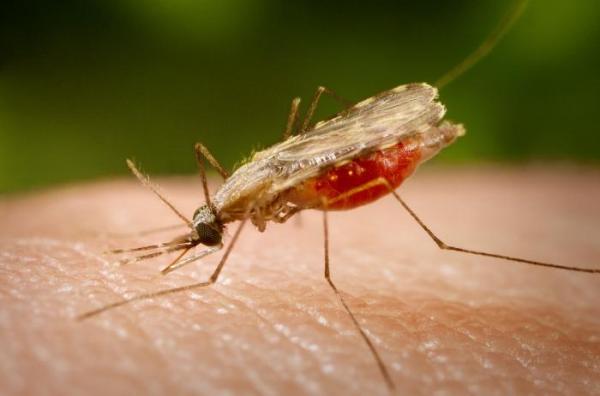 Researchers at Vanderbilt looking for better ways to control the spread of malaria have stumbled across an insect repellent that is thousands of times stronger than DEET. But it doesn’t just work to confuse malaria-carrying mosquitoes. This new compound works against all insects, including flies, ants, and moths.

The compound known as VUAA1 was borne of recent discoveries about the fundamental way that mosquitoes smell. Just a few years ago, it was thought that the basic sniffing mechanism for mosquitoes was very similar to that of mammals–that is, that odorant receptors (ORs) sitting atop nerve cells are tuned to different molecules, and when a receptor comes in contact with its target molecule it notifies the brain via the nerve.

But mosquitoes’ olfactory senses works a bit differently. It turns out their ORs rely on a sort of nerve switchboard, a co-receptor called Orco. When an OR detects an odorant molecule, it activates while the other ORs on a given antenna remain deactivated. The Orco acts as a sort of switch that tells the brain which OR is activated, and thus what molecule is being detected.

VUAA1 is basically a molecule that triggers the Orco directly rather than the ORs seperately. Like a sort of universal signal, it stimulates all OR-Orco connections, essentially simulating the effect of all the different receptors on an antenna firing at once. For the mosquito, this creates sensory overload, like tasting something that tastes like every possible flavor at once. In the presence of VUAA1, mosquitoes basically can’t smell anything, which confounds their ability to sniff out blood or anything else.

Now the obvious question is: what else does VUAA1 do? The Vanderbilt team is working to better characterize the compound and to strip away any parts of it that don’t contribute to its effectiveness. They will then start testing it for toxicity and other attributes that might have negative impacts on people or the environment.

The good news is that even if there doesn’t happen to be a safe commercial application for VUAA1, the science is still there. Having found this unique means to overwhelm the common mosquito could lead to better future repellents that keep mosquitoes and other pests at bay (without being deadly/toxic), be it in malaria-prone regions of the world, in agricultural settings, or simply in the backyard.