One of the major barriers between solar energy and solar-derived electricity is solar cells themselves–commercial solar cells aren’t very efficient... 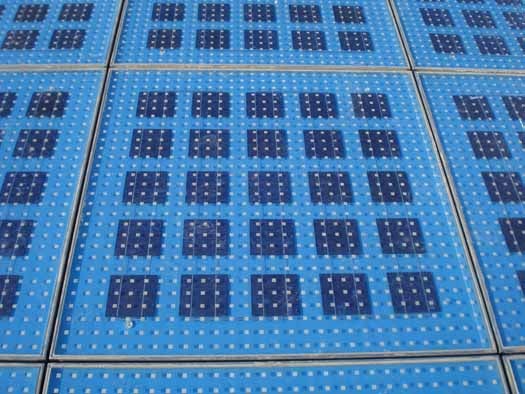 One of the major barriers between solar energy and solar-derived electricity is solar cells themselves–commercial solar cells aren’t very efficient at converting sunlight to electricity, but they are the best thing we’ve got. Now, a team of University of Michigan researchers have potentially devised a better way to convert solar energy into electricity: get rid of the semiconductor-based solar cells altogether and tap into the magnetic effects of light.

The researcher say the’ve essentially found a way to make an “optical battery” by extracting a very strong magnetic field from light, which generally exhibits weak magnetic effects. Those effects are generally so weak that until now scientists ignored them altogether. But the Michigan team found that by running light through a non-conductive material at the right intensity, the light field can generate magnetic effects 100 million times stronger than previously thought.

That’s more than a few orders of magnitude, and plenty to make those once-negligible magnetic effects quite interesting from an energy standpoint. By focusing this magnetic field on a material, it can be used to separate the positive and negative charges within the material, setting up a voltage. The discovery could lead to a new kind of solar cell that dispenses with semiconductors, instead relying on cheap and abundant glass for most of the components.

The technique is not perfect. To work, the sunlight must be focused to an intensity of 10 million watts per square centimeter. That’s pretty intense–way more intense than natural sunlight–but the researchers are looking for other materials that could work at lower intensities. With better materials–and the researchers think they are out there–the technique could achieve 10 percent efficiency: on par with today’s commercial semiconductor cells, minus the costly semiconductors.