Saving the Seas: Protect Ecosystems by Outlawing Stowaway Creatures (or Just Eating Them) 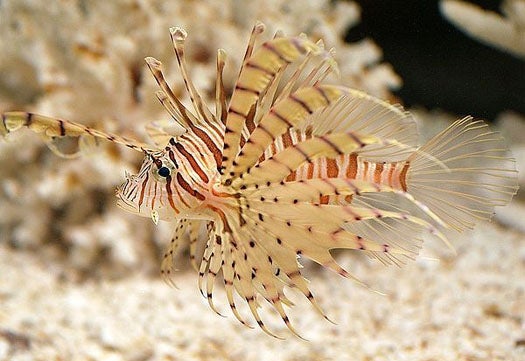 Fifty years ago, if you pulled a mooring rope from the waters off Cape Cod, it would have emerged covered with mussels, barnacles and algae. Today the lines would be coated with slimy invertebrates called tunicates, one of some 4,000 known invasive aquatic species worldwide. Spread by global trade, invasive species as diverse as tunicates in the Northeast, lionfish in the Southeast, and mangrove trees in Hawaii are competing with native species for resources, attacking indigenous organisms, and restructuring habitats.

Tunicates provide a vivid example of how an The best hope is to control their numbers–even by eating them. invasive
species can devastate its environment. At least one species came to New England in the 1970s, possibly on a Japanese shipping vessel, says Mary Carman, a researcher at Woods Hole. Some tunicate species have invaded Cape Cod eelgrass beds, pushing out the bay scallop, a major source of income for local fisherman. Attempts to eradicate tunicates with scrubs and bleach dips have met with little success; even a tiny remaining snippet may rebloom into an entire colony. “Their resilience and plasticity are amazing,” Carman says.

“In general, we view invasions as toothpaste out of the tube,” says ecologist James Carlton of Williams College. “You can’t stuff it back in.” Even in the rare case of early detection, removal is challenging. In 2000, a diver spotted an invasive seaweed that had recently been dumped in a San Diego County lagoon; it took six years and $7 million to remove.

The best way to reduce invasive species is to prevent them from arriving in the first place. Most appear in the ballast water of the approximately 100,000 commercial vessels that sail to the U.S. every year. The EPA and the Coast Guard are now writing ballast-water regulations, which would set tolerance levels for organisms in ballast water. Meanwhile, dozens of companies are developing techniques for meeting those standards, including computerized filtration and ultraviolet irradiation. But for established invaders, the best hope is to control their numbers—even by eating them. In 2009 the National Oceanic and Atmospheric Administration launched a program to stimulate an appetite among fishermen, chefs and diners for lionfish. 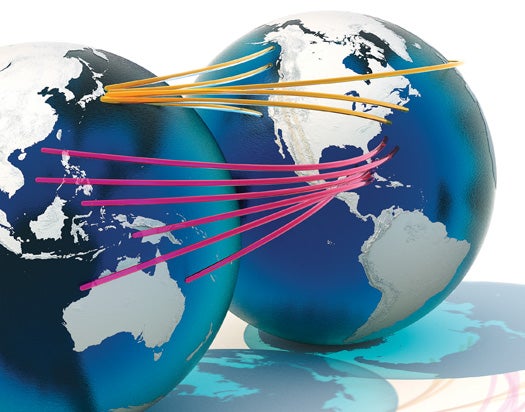 Tunicates [yellow] traveled from the Sea of Japan to North America in the 1970s. The lionfish [pink], native to the South Pacific, arrived in the Atlantic in the 1980s. Millions now live there.
Conservation
Ocean
invasive species