Japan’s nuclear disaster continues to unfold this morning, and as workers at the Fukushima Daiichi continue to pump seawater into... 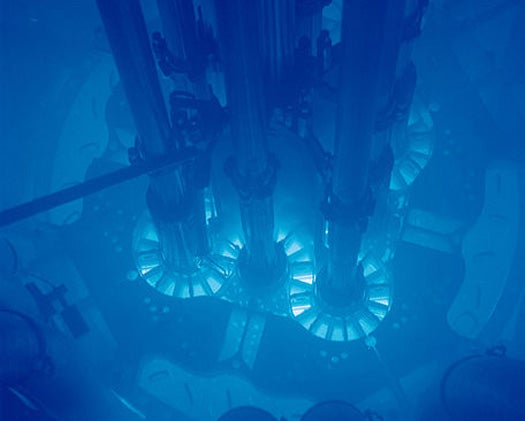 Japan’s nuclear disaster continues to unfold this morning, and as workers at the Fukushima Daiichi continue to pump seawater into the crippled reactors there a new threat is emerging: the spent fuel rods in the cooling pools at each reactor. While reactors Nos. 1-3 remain unstable due to core heating, the cooling pool at reactor No. 4 was boiling as of late Tuesday (local time), and the temperatures were rising in the cooling pools at No. 5 and No. 6.

The pools sit atop each reactor building and contain the spent fuel rods from the reactors, which are no longer hot enough for ideal power generation but are still very hot and quite radioactive. The spent fuel is kept in pools to control that heat–like the reactors, they require cooling systems to keep the water at a low temperature to offset the heat from the fuel rods.

Like the reactors, the cooling pools have been without power since shortly after the quake. And, like the reactors, they’ve been heating. At this point, the pool at No. 4 is in a bad way; if the water in the pool evaporates enough to expose the rods, they could catch fire. This would be very, very bad. Previous explosions at the reactor sites have left the cooling pools more or less exposed, and a fire in one of the pools could loft radioactive materials skyward in clouds, spreading it quickly across the area.

How bad is that? David Lochbaum, a nuclear engineer at the Union of Concerned Scientists, tells the New York Times:“It’s worse than a meltdown. The reactor is inside thick walls, and the spent fuel of Reactors 1 and 3 is out in the open.”

The good news: the cooling pools are pretty deep. The fuel rods are situated such that they stand about 15 feet tall in the bottom of the 45-feet-deep pools, so in optimal conditions there’s a good 30 feet of water atop the radioactive stuff. But the high temperatures already achieved in the pool at No. 4 (and increasingly at Nos. 5 and 6) are making it hard for workers to get close enough to them to cool them, making the situation unstable at best.