The organs were grown from the patients' own cells 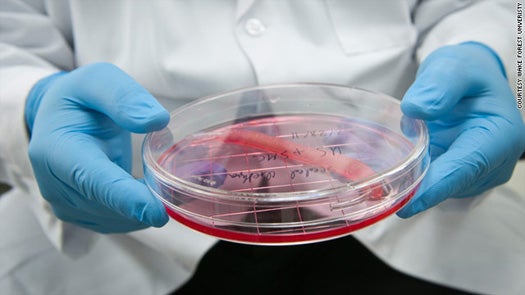 Six years ago, researchers at the Wake Forest Institute for Regenerative Medicine used tissue-engineering techniques to grow new urethras for five young male patients from their own cells. Now, an article published in the Lancet has declared the procedure a success. Each of the boys is now in good physical health, with a new urethra that has repaired the defects previously present.

The success of the transplants is a victory for the field of tissue engineering and regenerative medicine on the whole. For Professor Anthony Atala and his team at Wake Forest, it’s another feather in a crowded cap. Just last week at TED Atala printed out a biocompatible model of a human kidney on stage using a an desktop printer analog loaded with cells rather than ink. In other words, he’s kind of a regenerative medicine badass.

The recipients of the new urethras–the living tissue tubes that convey urine from the bladder–were all aged 10 to 14 at the time of the transplants and had all suffered injuries due to accident or illness. To create replacement tissues from the boys’ own cells, researchers took small samples from the boys bladders. From these samples they isolated the individual cell types they would need to regrow the urethra, then placed them on biological scaffolds custom built in the shapes needed to fit each patient.

Left to incubate for a week, the cells grew into the shape of the mesh scaffolds. They were then surgically transplanted back into the patients in place of their damaged tissues. Six years later, independent medical evaluators say the boys are all healthy teens with normally functioning urethras. In fact, within just three months of implant the new urethras began taking on a natural architecture within the boys’ bodies.

That’s no small feat; not only did the transplants take hold and mesh with the body’s biology (keep in mind the organs were built from the boys’ own cells, so the body recognizes them as native organs), but they actually functioned like the original urethra, growing normally along with the teens’ own bodies. If the holy grail of regenerative medicine is the ability to custom build vital organs like kidneys, livers, or hearts, these fully-functioning lab-grown urethras bode well.