Anyone who has ever donated blood has learned his or her blood type, such as AB, O negative, etc., which... 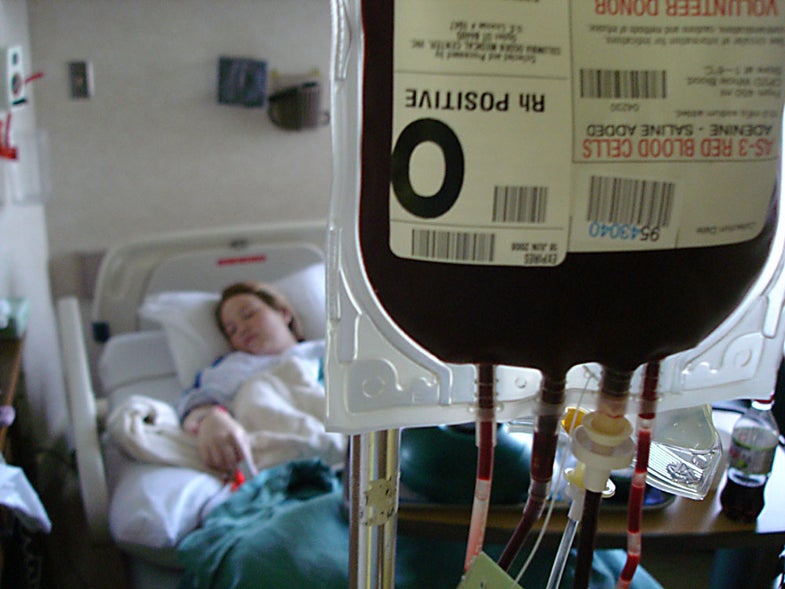 Anyone who has ever donated blood has learned his or her blood type, such as AB, O negative, etc., which will be matched to a recipient with the same blood type. If blood types do not match, a recipient’s immune system could reject the transfusion, a potentially fatal proposition. But a new method masks the type of donated red blood cells, possibly eliminating the need to test types and making it easier to give and receive blood.

There are eight common blood types, based on four major groups, which classify red blood cells based on antigens that are found on the cells’ surface. Foreign antigens can trigger a serious immune response. Type A has only the A antigen, Type B has the B antigen, and so on.

People with type O blood are considered universal donors, because they have neither A nor B antigens on their red cells, so a recipient’s body would be less likely to reject the blood.

The new method masks the antigens so there would be no immune response. It involves cloaking individual blood cells inside polymer shells, which hide the cells’ identity from the immune system. But oxygen can still penetrate the shell, allowing the cell to do its job.

Scientists have long tried to create an all-purpose red blood cell, one that doesn’t rely on typing tests or the kindness of donors with just the right type. Other efforts have involved polymers that can behave like blood, and DARPA has been funding research into blood pharming, which involves genetically engineering an organism to produce large quantities of synthetic blood.

Turning blood banks into universal stockpiles could be another solution. The study appears in the journal Biomacromolecules.