To combat malaria, why not skip the step of genetically altering mosquitoes and try some transgenic fungus instead? In a... 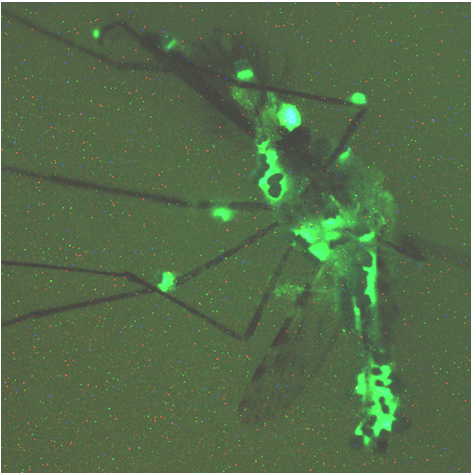 To combat malaria, why not skip the step of genetically altering mosquitoes and try some transgenic fungus instead? In a new study, researchers sprayed mosquitoes with a fungus that had been modified to deliver compounds that target the malaria parasite. They found the treatment could reduce disease transmission to humans by at least five-fold.

Researchers at the University of Maryland, who were funded by the National Institutes of Health/National Institute of Allergy and Infectious Diseases, say the method could be an effective treatment against malaria, especially as mosquitoes increasingly evolve to resist insecticides. Even better, the fungus modification can be targeted to almost any disease-carrying insect, potentially allowing fungus-based prevention for maladies like Lyme disease or dengue fever. The study was reported today in the journal Science.

The Metarhizium anisopliae fungus naturally attacks mosquitoes, and it has already been used to reduce disease transmission — but it only works if the bugs are sprayed with fungus soon after they picked up the malaria-causing Plasmodium falciparum parasite. What’s more, the mosquitoes often die before reproducing, leaving fungus-resistant mosquitoes to take over and render the spray useless. So rather than enhance fungi to better kill mosquitoes, entomology professor Raymond St. Leger and colleagues modified the fungi to block the development of Plasmodium in the mosquito.

They used genes for a human antibody and a scorpion toxin, both of which specifically target Plasmodium, and inserted them into the fungus. They fed some mosquitoes a Plasmodium-infected blood meal, and separated them into three groups. One group got a dose of the transgenic fungus, another got a natural fungus and the third was not sprayed at all. Two weeks after the bugs were exposed to the malaria parasite, the researchers checked for its presence in their salivary glands (this is how it’s transmitted to humans). 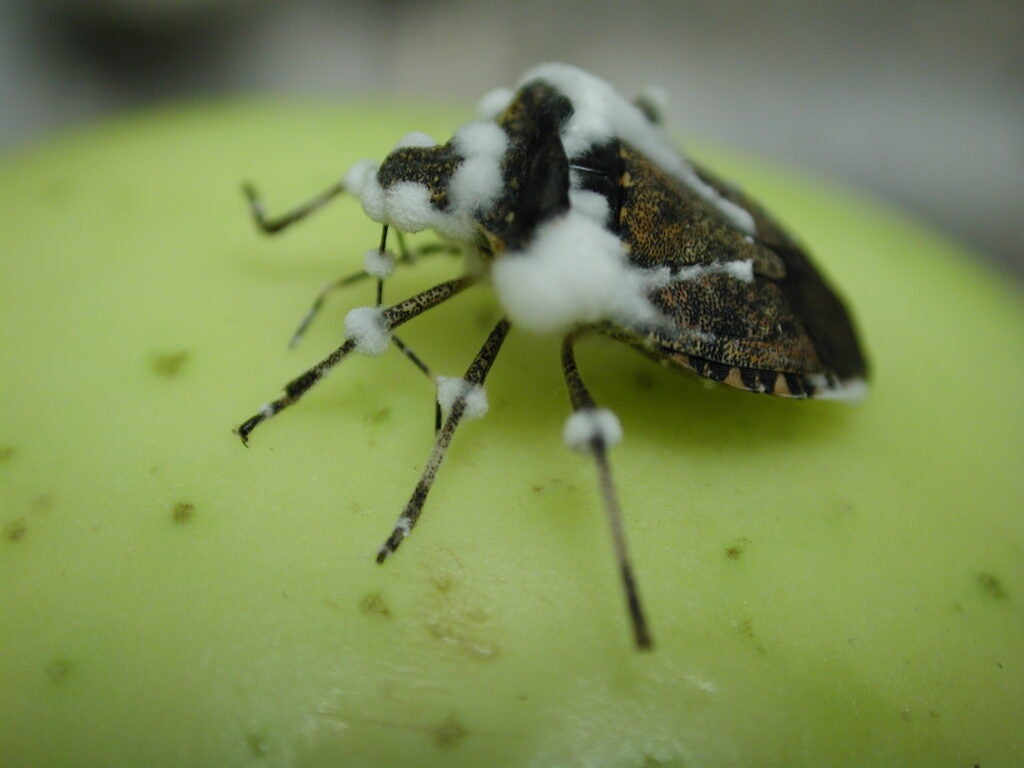 This stink bug has been infected with a fungus. Researchers at the University of Maryland are creating transgenic fungi designed to control stink bugs, bed bugs, locusts and other pests.

Malaria is found in 106 countries and there are an estimated 225 million malaria cases every year, including 781,000 deaths, mostly in sub-Saharan Africa. Prevention usually involves spraying bed nets and interior walls with pyrethroid insecticide to kill the mosquitoes, but the bugs are evolving to resist it, and there are no promising prospects for a chemical replacement.

Other teams have genetically altered mosquitoes to resist Plasmodium, and modified other mosquitoes to be sterile in order to reduce their populations. But transgenic mosquitoes could pose some ecological problems. A fungal treatment can be modified to keep up with mosquitoes’ natural adaptations, St. Leger said.

“Mosquitoes have an incredible ability to evolve and adapt, so there may be no permanent fix. However, our current transgenic combination could translate into additional decades of effective use of fungi as an anti-malarial biopesticide,” he said.