Scientists think they have seen a baby planet swirling to life around a very young sun-like star, about 350 light... 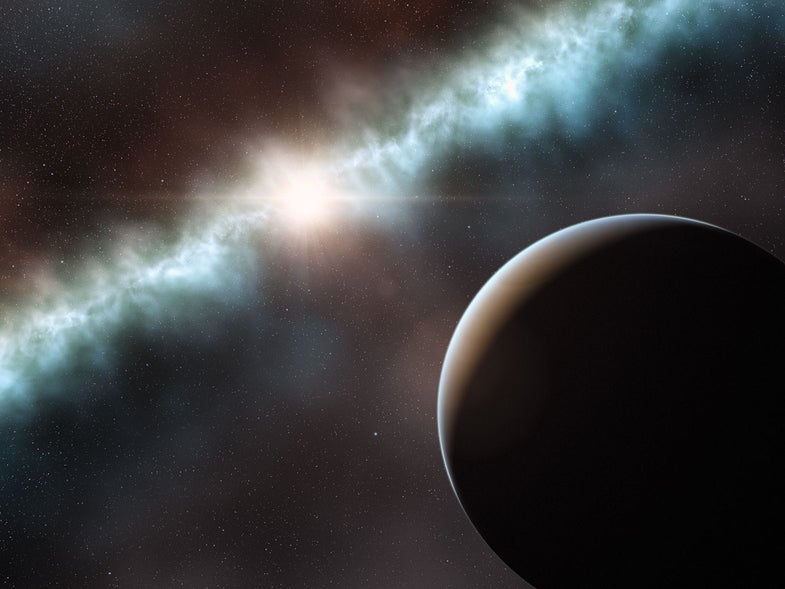 Scientists think they have seen a baby planet swirling to life around a very young sun-like star, about 350 light years from Earth in the southern constellation Chameleon. If they can confirm their discovery, it would be the earliest picture yet of a natal planetary system, further illuminating how planets are born.

Using the Very Large Telescope, astronomers were looking at a star called T Chamaeleontis, or T Cha, which is surrounded by a disc of dust and gas. They noticed a gap in the disc, and in two new studies, they say it could be a coalescing planet.

They had to use a special instrument at the VLT to blot out the star’s light enough to see the gap. They found the signature of a large object about 620 million miles from the star, a little further out than Jupiter’s distance from the sun. It is much smaller than T Cha, leading astronomers to believe it’s either a brown dwarf or a budding planet. It is too soon to tell, so they plan look again in a month to see if they can make out any more details.

Planets form from the discs of gas and dust around young stars, but scientists believe it happens pretty quickly, so it would be hard to catch in action. Researchers are trying to learn more about the physics of planet formation by studying how objects collide.

Scientists have already seen other protoplanets forming from these stellar discs, but this finding would mark the earliest stage of planet birth that has ever been seen — a cosmic first.
If there are as many planets as current research suggests, however, it may not be the last.

Both papers are being published by the journal Astronomy & Astrophysics. 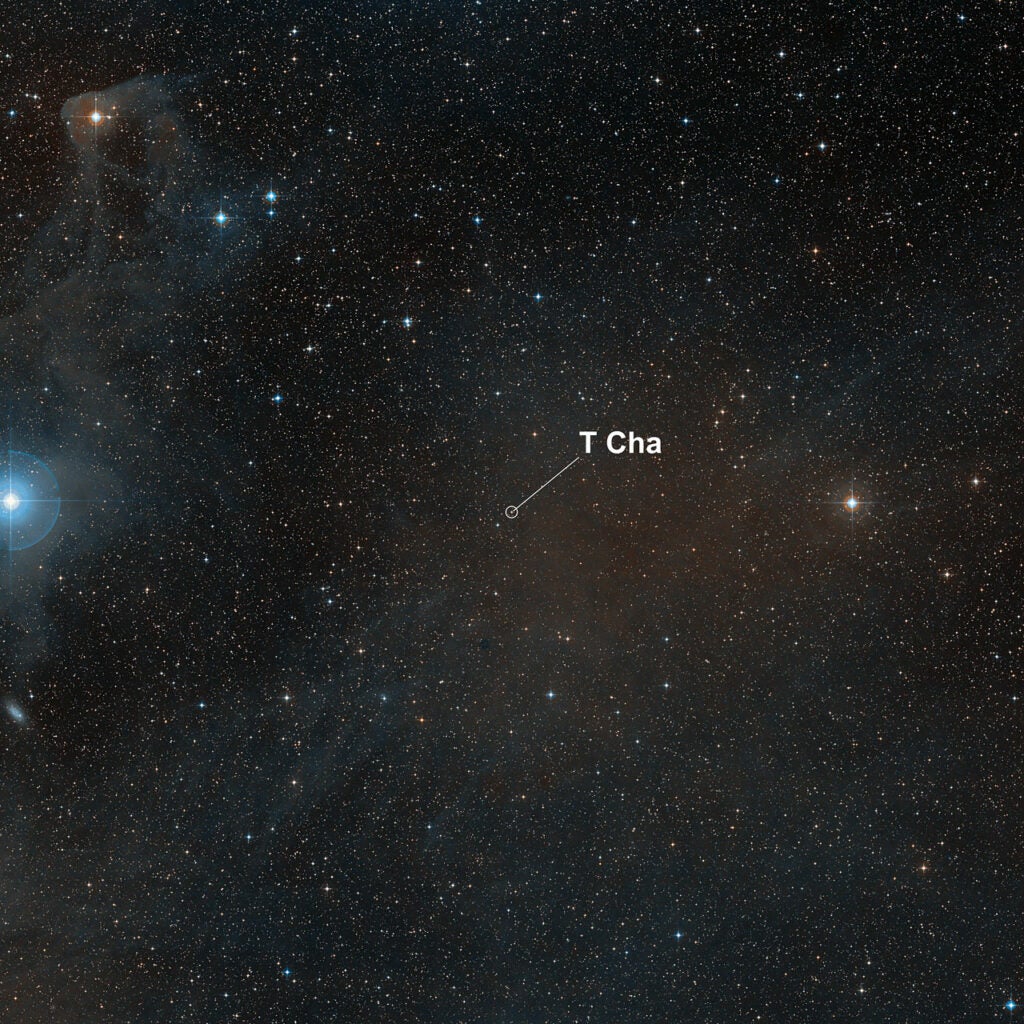 T Cha’s Place in the Sky