Since the first binary code sent from Puerto Rico in 1974, our messages to aliens have been increasingly complicated and... 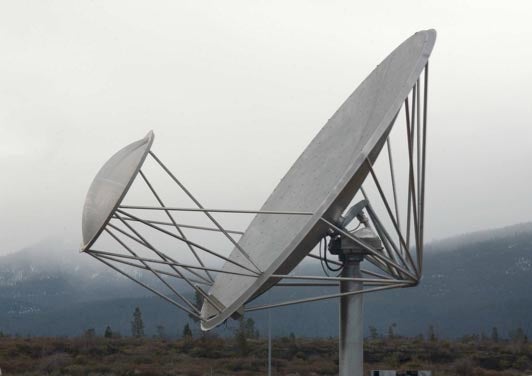 Since the first binary code sent from Puerto Rico in 1974, our messages to aliens have been increasingly complicated and cryptic, possibly so much that extraterrestrials won’t get what we’re saying.

A trio of astrophysicists from the US and France hope to change that by building an extraterrestrial messaging protocol, so any spacebound communiqué could be easily understood.

A METI protocol — messaging to extraterrestrial intelligence — would include several factors, including signal encoding, message length and message content, according to Dimitra Atri, an astronomer at the University of Kansas, and his colleagues. They suggest using two specific wavelengths for transmission: 1.42 GHz or 4.46 GHz, which are commonly observed in nature and relatively easy to capture, in case the ETs only have “modest technical capabilities.” They also recommend establishing a dedicated transmission beacon to conduct regular broadcasts.

They’re not the first to suggest a standardized communication approach; SETI astronomer Seth Shostak believes we should start looking for intelligent machines, for instance.

But Atri et. al’s most interesting critique is that to date, our messages have been overly anthropocentric. It’s a fair point: Some nine-limbed creature in the Gliese system probably wouldn’t understand the human nuances behind a message containing side-by-side images of George W. Bush and Barack Obama, meant to signify good and evil. Heck, they may not have the technical abilities required to process the data into an image at all.

“Given that we know very little about the nature of extraterrestrial civilizations, if they exist, we are likely to increase the probability of us successfully communicating to them if we use a message that the recipient is likely to understand,” the authors say.

To ensure this, they propose a worldwide test of the new METI protocol, figuring that if people across cultures can understand it, a basic ET might, too. International users could create and exchange messages through an interactive website, following the protocol to create a crowdsourced ideal message.

“An effective message to extraterrestrials should at least be understandable by humans, and releasing the protocol for testing will allow us to improve the protocol and develop potential messages,” the authors write.

Their paper, posted this week to the physics arXiv, has been accepted for publication in the journal Space Policy.

[arXiv via IT News]