Purdue University researchers have built a chip-sized replica of a portion of the human female breast, and aim to use... 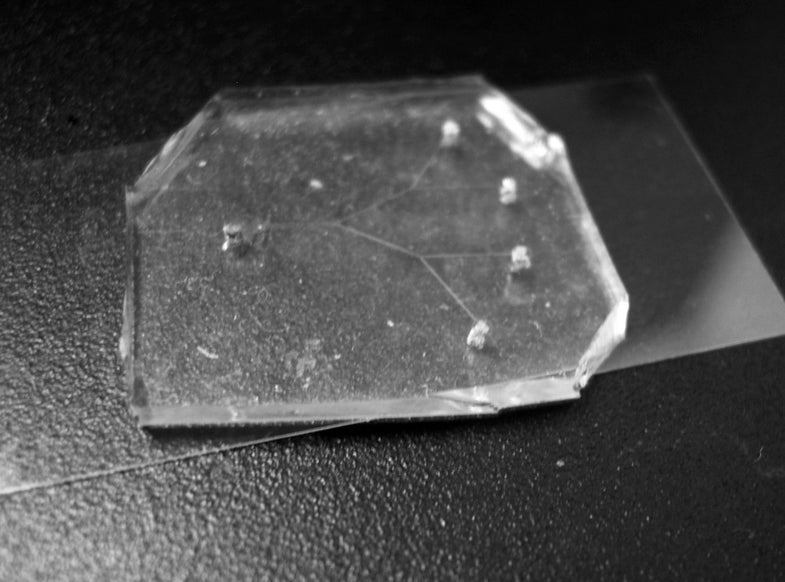 Purdue University researchers have built a chip-sized replica of a portion of the human female breast, and aim to use it to study nanoparticles for detection and targeting of tumor cells. The “breast on a chip” is the first step in studying the mammary ducts from the inside, which could help doctors diagnose and treat the disease in its earliest stages, researchers say.

The chip mimics the branching mammary duct system, where it is believed most breast cancers originate. It involves living cells lining a small 3-D replica of the tiniest portions of the mammary ducts, which are roughly the diameter of a human hair.

The duct system starts out as very small branches near the glands that produce milk, and the branches gradually combine into larger ducts before reaching the nipple. Doctors would like to inject fluids or particles through the nipple and into the branches, where they could wash out cells to examine them for cancer. (This sounds unpleasant, but it would be less invasive than a biopsy.) But fluid pressure in the ducts prevents any new fluids from getting through more than about 1/3 of the breast, according to a Purdue news release.

This would have to be tested in a lab first, but typical breast cancer cell models are only 2-D. So Purdue professor James Leary used nanofabrication processes to create a tiny model of branching channels embedded in a rubberlike material. Then Sophie Lelièvre, who is a veterinary professor, coaxed mammary cells to grow in these synthetic ducts. The researchers can make changes to the cells or put tumor cells in the ducts to see whether nanoparticles recognize them, according to Purdue. The whole thing fits under a microscope.

The team still has to float some nanoparticles through the cell-coated ducts, and much more testing is necessary. But Lelièvre said she hopes the method could someday give breast cancer patients a new treatment option, and possibly save lives.

The U.S. Department of Defense funded the work.