Mars500 Crew All Set For Upcoming Fake Mars Landing, And Then Six More Months In A Metal Capsule

A band of make-believe space travelers locked in a steel capsule in Moscow is about to “land” on Mars, mission... 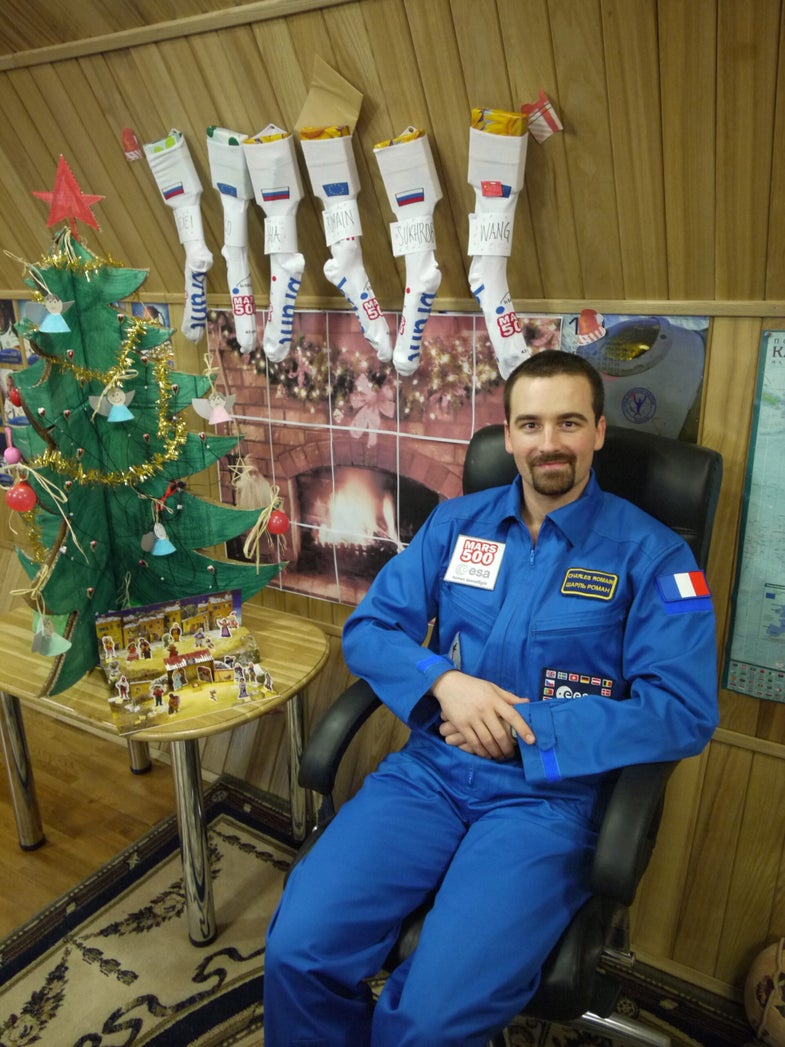 A band of make-believe space travelers locked in a steel capsule in Moscow is about to “land” on Mars, mission managers said Friday, nearly halfway through their 520-day mission.

The tenacious Mars500 crew has been locked together for 233 days (as of Jan. 21) and are preparing for their mock arrival on Mars as soon as Feb. 12, the AP reports.

The six-man crew, including three Russians, a Chinese, a Frenchman and an Italian-Colombian, are free to walk out on the experiment at any time, but as of now, they’re all in for the long haul, mission managers said.

They are due to reach Mars orbit by Feb. 1 and land on Feb. 12, then spend two days researching the planet inside a small capsule built to imitate Mars’ surface. Then they’ll make a six-month journey back to Earth, which mission managers say will be the most difficult part of the experiment.

“It will be very tough on the boys because of the monotony,” said mission director Boris Morukov. “The fatigue and the thought that the mission is over can be fraught with negative consequences.”

The crew can communicate with the outside world via e-mail and video messages, which are delayed to simulate the radio communications delay they’d experience on a real trip. They conduct experiments designed to inform future real Mars missions, but they also have plenty of time to horse around and then blog about it. As we’ve shown you before, a sense of humor is apparently a key ingredient to surviving a fake Mars mission.

According to crewmember Romain Charles’ most recent diary entry, the past few weeks included a power outage that left the crew without water or ventilation for more than a day, and a makeshift Christmas celebration. On Dec. 1, the lights went out unexpectedly, and mission control radioed that a transformer next to the crew’s capsule was on fire. The crew had to move around food supplies so they wouldn’t spoil, and they had to conserve water because the pump wasn’t working. After 27 hours, mission control radioed that everything was back up and running — and, by the way, it was all just a drill.

Instead of storming out in a fit of rage, the crew set about making a nice Mars500 Christmas celebration, including a cardboard tree and a printout of a roaring fireplace. Crewmembers printed it out and hung some socks from their makeshift mantel.

With the holidays over, the crew is counting down the days until their arrival in Mars orbit, Charles said.