The Future of Wine: We Need New Breeds of Grape

When news broke last week that archaeologist had unearthed a 6,000-year-old winemaking operation in an Armenian cave, many took it... 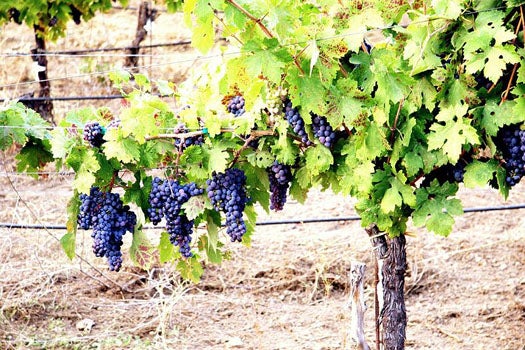 When news broke last week that archaeologist had unearthed a 6,000-year-old winemaking operation in an Armenian cave, many took it as occasion to pat ourselves on the backs—after all, it’s proof that early humans were more civilized than previously thought, evolved creatures that we are. Unfortunately, in the intervening years our grapes haven’t evolved much at all, leaving our winemaking varieties—most of which have been developed from a single species—extremely susceptible to disease and pathogens.

The wine produced in that Armenian cave was different than the sauv blancs, pinot noirs, and merlots on offer at the bottle shop today, but the grapes domesticated 5,000 years ago in what is now Turkey weren’t so different than the ones found on vineyards across the globe today. Most wines, ranging from the fruity red merlots of California to the sweet white Rieslings of the German Rhine, have been largely developed from the same species of grape: Vitis vinifera vinifera. That limited cross-breeding with other species has kept the lineage of wines pure but has also made for a less-than-hardy biological species, a team of U.S. researchers wrote recently.

A lack of diversity greatly exposes these grapes to pathogens—or even a single pathogen—and has led to increases in the cost of winemaking. In Australia alone, battling a single kind of mildew costs $100 million annually, and the majority of agricultural fungicides deployed in the U.S. are used to protect vineyards. That’s costly, both environmentally and financially.

In a worst-case scenario, a particularly nasty pathogen could wipe out a year’s crop, giving oenophiles much to lament several years later. The answer, of course, is better controlled interbreeding of grapes and increased genomic mapping of grape species, a practice already undertaken by researchers in the U.S. A collaboration between Cornell and Stanford has already mapped the genomes of 1,000 samples, marking the genes responsible for certain taste characteristics.

The bad news for conservative winemakers is that they will likely have to give up their grapes, many of which have been passed down through generations. But the good news for all of us is that science has simplified the process of engineering grapes that are not only hardier, but tastier. The future of winemaking is genetics, and for the adventurous winemaker that should lead to more varieties and greater diversity in flavor, not to mention the need for fewer pesticides and agricultural pollution. Cheers to that.