How Do You Define Galaxy? Astronomers Embark on Democratic Process to Forge Definition

It’s too late for Pluto, but you can help prevent the Milky Way from being reclassified as a "galactisimal" 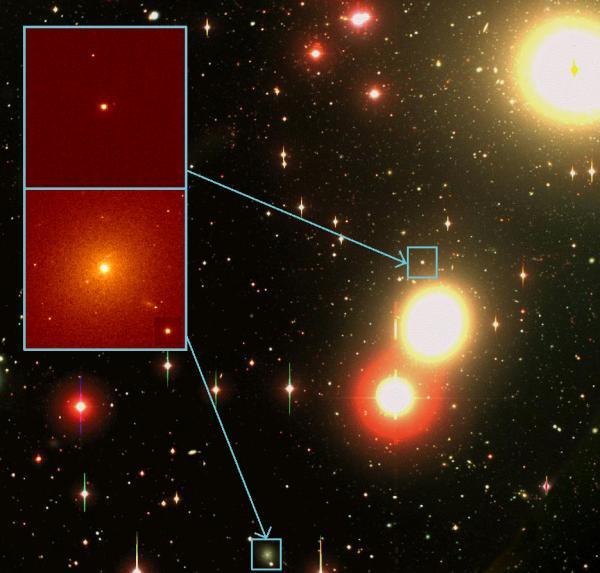 The more astronomers learn about space, the more questions they come up with. Such as, “what is a galaxy, anyway?” This time, you get to help them decide.

Galaxies were first defined when Edwin Hubble peered at the heavens and realized that distant fuzzy nebulae were not nebulae at all, but separate collections of individual stars. He figured out they were too far to be part of the Milky Way, and in 1936, he came up with the Hubble sequence, a galaxy classification still in use today.

But it’s not that useful for new classes of small, galaxy-esque objects that scientists have discovered in the past decade. There’s no accepted definition that takes these objects into account. They include ultra compact dwarfs, ultra-faint dwarf spheroidal galaxies and dwarf elliptical galaxies.

As astronomers Duncan Forbes and Pavel Kroupa note in a new paper, some of these objects may have more in common with globular clusters than galaxies. Ultra compact dwarfs, for instance, are about 1/1000th the diameter of the Milky Way, and Kroupa has published research suggesting their stars used to be very densely packed. Meanwhile, ultra-faint dwarf spheroidal galaxies have very few stars. So who’s to say they should be galaxies at all?

Technology Review’s arXiv blog points out that some definitions are beautifully vague, like that of the Oxford English Dictionary: “Any of the numerous large groups of stars and other matter that exist in space as independent systems.” Others are more specific, including criteria like gravitational bonding, an interstellar medium of gas and dust, and dark matter. Some astronomers include other factors like hosting a satellite star system, like a globular cluster.

In a paper posted to the physics arXiv, Forbes and Kroupa outline their favorite criteria, and then ask for a vote. Their own thoughts are subjective, they admit, and they hope to avoid the international outcry over the Pluto fiasco, when a group of 424 astronomers demoted the ninth planet to dwarf status.

You can choose the single best galaxy-defining criterion, or vote for a series of criteria. Forbes and Kroupa say they will check the results and report them periodically at science conferences. Click here to take the survey.