If the typical beach vacation – the one where you spend several days on the beach reading bad fiction and... 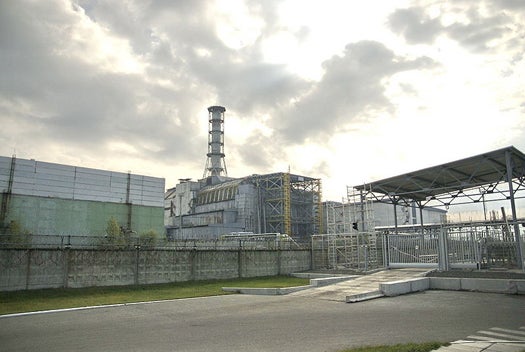 If the typical beach vacation – the one where you spend several days on the beach reading bad fiction and soaking up sun – has lost its allure, the Ukraine would like to make a suggestion: come soak up radiation and some real human drama at Chernobyl, the site of the worst nuclear disaster in history. Starting in 2011, the Chernobyl nuclear power plant site and the surrounding “exclusion zone” will be opened to tourists for the first time since the plant’s reactor No. 4 exploded on April 26, 1986, blanketing the area in radiation.

The Chernobyl disaster, for those who aren’t old enough to have watched it unfold, left a large part of northern Europe under some degree of radiation threat. The worst-hit areas, of course, were the ones closest to the reactor itself; a 30-mile radius around the site was declared an “exclusion zone” and was evacuated and sealed off. All visits to the area were prohibited, and is access granted solely to a small maintenance crew of about 2,500 that work in shifts to maintain the site.

But the Ukraine is now developing safe routes that it plans to open to tourists, offering them a firsthand look at one of the greatest man-made disasters of the nuclear age. The U.N. Development Program seems to be on board, saying it could be a great opportunity for Ukraine to raise some money while driving home an important lesson about nuclear safety.

Ostensibly included in the tour would be a view of the new containment dome that Ukraine hopes to have completed at the site by 2015. The original concrete dome, quickly erected over the reactor shortly after the disaster, is failing structurally and threatening to collapse. The new dome will be a site to see in and of itself: 345 tall, 853 feet wide and 490 feet long, weighing some 20,000 tons and costing more than $1.1 billion.

There’s no set date for when the site will begin receiving tourists, but in the meantime you can always visit Chernobyl via Call of Duty 4: Modern Warfare, but remember to stay low and preferably in the shadows.