Autism disorders affect one in 110 children in the U.S.–or perhaps more–but the method of diagnosing the condition, which is... 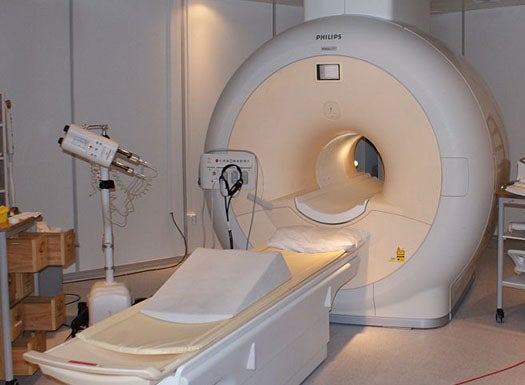 Autism disorders affect one in 110 children in the U.S.–or perhaps more–but the method of diagnosing the condition, which is characterized by difficulties socializing and communicating, among other behavioral and emotional problems, is largely subjective. Now, researchers may have finally found a way to objectively and scientifically diagnose the condition early, with 94 percent accuracy, using simple MRI brain scans.

Autism is generally diagnosed during childhood, but it is often difficult to detect early, particularly among those suffering form a high-functioning form of the condition; those symptoms may be less overt. With a more scientific, biological means of testing children early, it may be possible to get them the proper therapy early when it can do them the most good.

The researchers at McLean Hospital in Belmont Massachusetts used an MRI machine to zero in on microscopic nuances in the brain’s circuitry. The technique, known as diffusion tensor imaging, allowed them to focus on areas of the brain that engage in social and emotional functioning, as well as language. They found that subjects suffering from autism show significant differences in their neural wiring from those without the disorder.

In a test of 30 people with autism and 30 people without, the team was able to pick out the subjects with autism with 94 percent accuracy. A repeat of the same experiment with different subjects yielded the same results. It’s only a preliminary result, but the fact that it was repeatable bodes well for the diagnosis of a condition that has largely confounded scientists in the past. Larger studies will be conducted soon to see if this new MRI method could replace the current battery of subjective tests used to diagnose autism.