With shuttle launch postponed, our hearts go out to a passenger 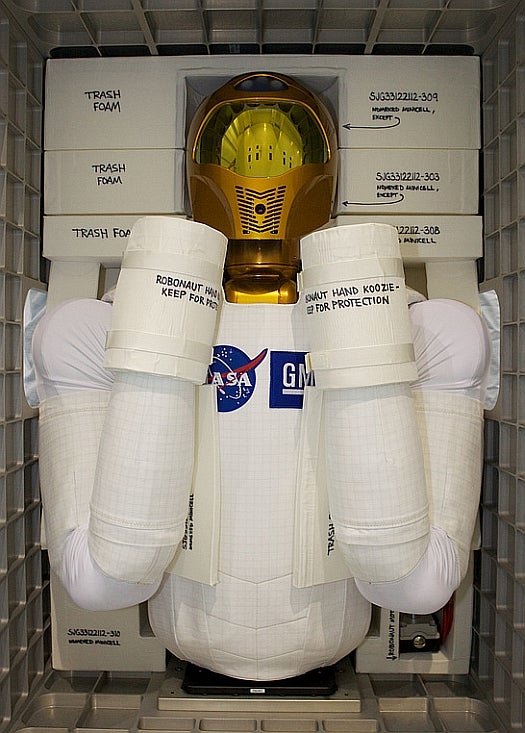 NASA has just announced it will postpone the 39th and final launch of space shuttle Discovery until November 30 at the earliest, after a hydrogen gas leak stalled this afternoon’s scheduled liftoff.

Meanwhile, Robonaut, who was supposed to start his career as the first humanoid robot in space this week, remains shut in his custom SLEEPR crate while the shuttle sorts out its problems.

Technicians assessing the leak found in an external fuel tank this morning also discovered a foam crack on the tank’s liquid oxygen intertank flange, prompting NASA to delay the launch so they can fix the damage and assess possible causes.

Since November 8 marks the end of this window of acceptable solar angles amenable to Discovery’s launch, NASA must wait until the next launch window, from November 30 through December 5, to begin the 11-day mission.